Coldwell Banker United, Realtors Founder Richard Smith (no relation to Realogy’s chairman, CEO and president, Richard Smith) and the regional management team at the firm will stay on board.

The firm ranked No. 7 and No. 11 in the nation by transaction sides and sales volume, respectively, in 2014.

“This announcement marks NRT’s entrance into important new markets and positions us to build on the success of Coldwell Banker United, Realtors’ strong leadership team and the quality of its affiliated sales associates and employees,” said Bruce Zipf, president and CEO of NRT, in a statement.

With the acquisition, NRT is gaining new offices in several key Texas markets, including 19 offices in Houston, 11 in Austin and three in the Dallas, Fort Worth, region.

Coldwell Banker United Realtors’ 16 offices in the Carolinas gives NRT a contiguous presence down the Eastern Seaboard. NRT is also expanding into 11 offices in Florida.

“This announcement positions the No. 1 Coldwell Banker independent affiliate to be part of the No. 1 residential real estate brokerage in the nation, and I personally take great pride in that,” Smith said. 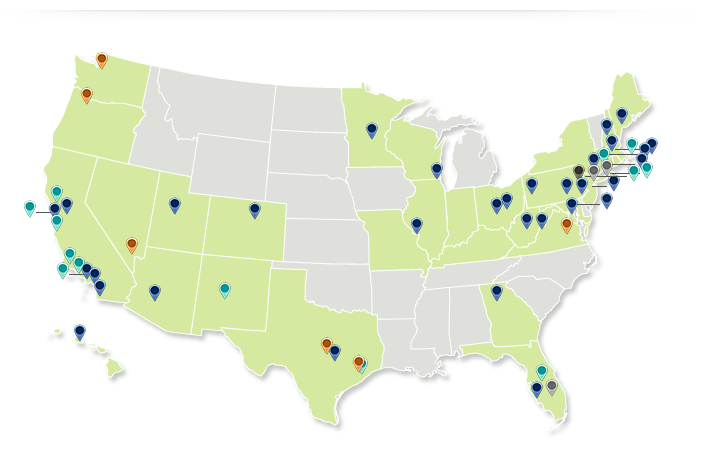 With the acquisition, NRT now owns and operates brokerages in 45 large U.S. markets with a total of approximately 795 offices and approximately 47,000 agents. The firm operates across its footprint under the following brand names: Coldwell Banker, Corcoran Group, Sotheby’s International Realty, ZipRealty and Citi Habitats.

NRT’s biggest competitor, the second largest brokerage in the U.S., HomeServices of America Inc., has been on the acquisition hunt, too.

HomeServices, like NRT, is in the brand game now, too, with Berkshire Hathaway HomeServices. HomeServices is a majority owner in HSF Affiliates Inc., which runs the BHHS, Prudential Real Estate and Real Living brands.