Continuing its streak of taking action against mortgage lenders accused of engaging in deceptive advertising practices, the Consumer Financial Protection Bureau announced today that it has fined RMK Financial Corp., $250,000 for misrepresenting to consumers that it was affiliated with the U.S. government, for the price of its advertised mortgages, and for failing to include required disclosures regarding interest rates and monthly payments in its ads.

Continuing its streak of taking action against mortgage lenders accused of engaging in deceptive advertising practices, the Consumer Financial Protection Bureau announced today that it has fined RMK Financial Corp. $250,000 for misrepresenting to consumers that it was affiliated with the U.S. government, for the price of its advertised mortgages, and for failing to include required disclosures regarding interest rates and monthly payments in its ads.

The consent order is the fifth enforcement action the CFPB has completed in the past two months against companies the bureau alleges used deceptive mortgage advertising.

“Deceptive advertising has no place in the mortgage marketplace, and the Consumer Bureau will continue to take action against companies that mislead consumers with false claims of government affiliation,” said CFPB Director Richard Cordray in a statement announcing the consent order. “Today’s action sends a clear message that misleading consumers is illegal, unacceptable and will not be tolerated.”

In this case, the bureau has charged RMK Financial, a lender based in Rancho Cucamonga, California, that sometimes does business as Majestic Home Loans and All Day Loan, mailed print ads to more than 100,000 consumers in several states, using the names and logos of the Department of Veterans Affairs (VA) and the Federal Housing Administration (FHA). The ads falsely implied that they were sent by these government agencies or endorsed or sponsored by them. RMK Financial sent its advertisements to “tens of thousands of U.S. military service members and veterans, and other holders of VA-guaranteed mortgages,” the bureau alleged.

A typical ad for VA mortgages featured the Department of Veterans Affairs’ seal and logo at the top of the page and described its loan products as part of a “distinctive program offered by the U.S. government.” The ad instructed consumers to call the “VA Interest Rate Reduction Department” at a phone number that in fact belonged to RMK. Some mailers were labeled “FHA Benefits” and included an image of the Statue of Liberty on the outside, along with warnings citing the U.S. Code and threatening fines and imprisonment for tampering with the letter.

According to the CFPB, RMK’s ads also contained misrepresentations about the loans’ interest rates and estimated monthly payments, including whether the interest rate was fixed or variable. Consumers who called the company were sometimes given misleading information over the phone, and in some cases RMK employees told callers or implied that RMK was endorsed by the VA or FHA.

In addition to lobbing a $250,000 civil money penalty against RMK Financial, the CFPB will also monitor the lender’s advertising materials and practices for five years.

RMK Financial consented to the order without admitting or denying any of the CFPB’s findings or legal conclusions. The company declined to comment.

Concurrent with the consent order, the CFPB also took to its blog to warn consumers that “the VA doesn’t send you mortgage ads. The warning contained this statement from Mike Frueh, director of the VA Home Loan Program: “VA will never email or mail out solicitations for our loan program. VA does not endorse or sponsor any particular lender; instead, we work to ensure all veterans and service members can safely use the benefit they’ve earned, at the lender of their choice. If you have any questions about your home loan benefit, please visit the VA website or call VA at (877) 827-3702.” 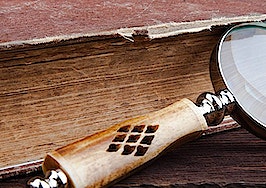 Updates shed light on how lenders, agents will be audited for regulation compliance 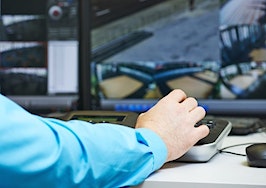 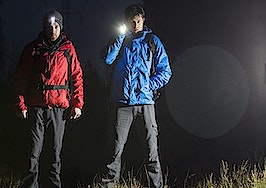 Lenders to lead the way in new closing process
Back to top
Only 3 days left to register for Inman Connect Las Vegas before prices go up! Don't miss the premier event for real estate pros.Register Now ×
Limited Time Offer: Get 1 year of Inman Select for $199SUBSCRIBE×
Inmanpot
Log in
If you created your account with Google or Facebook
Don't have an account?
Create an Account
Forgot your password?
No Problem