by Cathy Turney
You successfully shared the article.
Close

I have a friend. Let’s call him Jack. We are still friends because I declined his invitation to sell list his home … a property type I sell regularly, on a very busy thoroughfare that would have afforded me great sign exposure.

Jack’s hobby, until he got to the point where the clock started ticking on his capital gains, was playing with his house. And rendering it almost unsalable by making “improvements,” such as removing the support column for the ceiling from which the kitchen cabinets were suspended and installing a do-it-yourself French drain that improved the drainage to the point where the other side of the house became lopsided.

Then his hobby became talking to me about whether he should sell the house (“I don’t need the money”) or keep it as a long-term rental (“The tenants trashed the place”).

“Jack,” I said — over and over and over — “you will never recoup what it would cost to get the price you want. It’s a contractor special. I wouldn’t even advise doing the cosmetic remodeling and giving a credit for the structural work because it could very likely come back to bite you, no matter how honest you are and how many reports the buyer gets. You don’t have to be guilty to be sued (and settle).

Every week when I sent out my market updates, I would get an email from Jack, asking the same questions. Over and over and over. Jack is very smart, so I knew these were just invitations for me to call and discuss all his options, upside down and sideways, because he needed something to do. Occasionally, we met at the property to discuss it over and over and over.

Then Jack made a decision. He would “fix” the house, and we’d sell it. Of course, he was going to do all the work himself. “Why pay a contractor when I can save all that money by doing it myself?” he’d say to me, repeatedly, in response to my annoying interjections about how buyers like to see licenses, permits and seasoning on major repairs such as foundations.

“Jack, remember what I said about risk and liability? You really don’t want to do that. And it could all blow up on you if you exceed your capital gains deadline. If you truly want the house out of your life, you will accomplish that goal more reliably if we offer it as is. And, by the way, have you talked to your CPA and attorney about the estate issues?”

We reached a compromise (he thought). We’d put it on the market priced as if it were fixed and see what we could get for it because his lawyer told him, “You never know what you’ll get until you try.” And he’d give me a two-week listing. If it didn’t sell at his price, he’d just take it off the market and rent it forever. After I had spent even more time and money on this exercise in futility.

So I made a hedged bet and declined his listing. We are still friends, and I will be here for him when his enthusiastic new agent produces — well, whatever he or she produces. But I think I’ll have him pay for lunch. 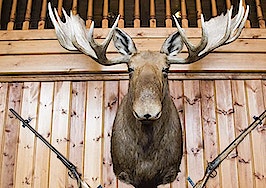 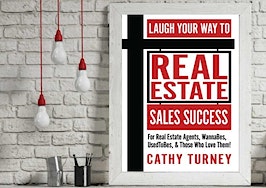 The 10 commandments of real estate 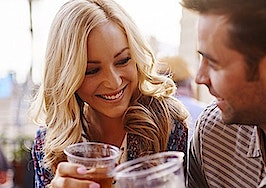 Real estate and dating: How the hookup and the follow-up are similar
Back to top
TOMORROW: Leaders from eXp, Corcoran, RE/MAX, The Agency, and more are speaking virtually at Connect Now. Listen or watch live + receive the replays.Register Now×
Agent Appreciation Sale: Inman Select for only $85.CLAIM OFFER×
Inmanpot
Log in
If you created your account with Google or Facebook
Don't have an account?
Create an Account
Forgot your password?
No Problem