As a follow-up to my post, “6 factors that impact the value of a home,” I wanted to expound on what from my experience has been one of the larger factors influencing home values, which would be public schools.

In a recent post on Slate.com titled “Education Reformer Praises Standardized Tests for Boosting Home Prices in Wealthy Suburbs,” the author referenced the direct correlation between home values and test scores. They noted that in the Journal News of Westchester reported in mid-April, a lead story in the local news was about how slightly more than 150,000 students stayed home instead of taking standardized tests.

The piece quoted Nicole Brisbane, state director at Democrats for Education Reform, who said: “Schools are one of the biggest differentiators of value in the suburbs. How valuable will a house be in Scarsdale when it isn’t clear that Scarsdale schools are doing any better than the rest of Westchester or even the state? Opting out of tests only robs parents of that crucial data.”

To begin with: What a telling statement. I thought standardized testing was to determine areas of strength and weakness in a particular student to help them grow academically or to see how well teachers performed in their jobs.

The truth comes out, as they say. The author of the post on Slate.com notes that right now as Atlanta educators are going to prison on “racketeering” charges for their roles in a major local scandal related to standardized tests, she states, “While cheating is wrong, this excessive punishment suggests that there’s more going on here than a simple interest in improving educational standards. If testing is partly about creating ‘objective’ measurements of which neighborhoods are better — and therefore more expensive and exclusive — than others, then the nationwide overkill when it comes to standardized testing starts to make more sense.”

So, how accurate is this statement that schools are the biggest differentiators to home values? If we take an area market survey of home values or sales prices in our Statewide MLS, from Metro Atlanta to Athens, over the past year the median sales price was $185,000.

Looking at schools with the top 20 highest SAT scores we see the following schools and their (median sales prices) on homes in these school districts;

Three notables that didn’t make this list were Buford ($276,000), Mill Creek ($234,000) and Oconee County ($267,000), yet all did exceed still the area median in terms of home values, which in my humble opinion is because school rankings or reviews are quite high.

GreatSchools.org is a source I see used by consumers every day. I was showing a couple around this weekend, and every time we drove past a school, she would tell her husband the name of the school and their GreatSchools rating. Pretty good from someone who had just driven into town from out of state that day to be so well-versed on the schools in our area. Mill Creek, for example, is a 9 out of 10, Buford City Schools are a 10 out of 10, while Oconee County High School scored the same as Mill Creek at an “almost perfect” score of nine.

Schools are a driving force to homebuyers who want to give their kids the best opportunities for education. I have seen and spoken to people recently who would commute an extra 30 minutes a day, in addition to the 45 minutes each way they already commute, to have their child in the elementary school of choice.

In discussing schools and home values with another local agent, I think he summed up best why one of these counties noted above did it right.

He said, “Oconee worked from the ground up to bring people here by spending on schools before things like sewer to every household — well, it worked. School rankings can almost be the No. 1 driver for many families … even if they do not have children because of the perceived (and real) resale value it gives.” 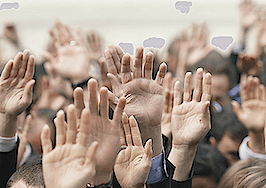 11 mortgage FAQs from returning buyers (and how to answer them) 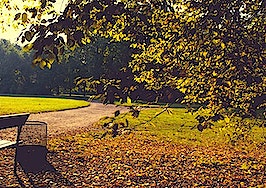 6 factors that impact the value of a home 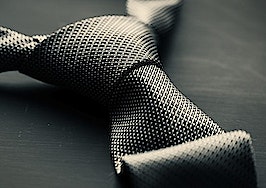 50 shades of real estate video marketing
Back to top
Only 3 days left to register for Inman Connect Las Vegas before prices go up! Don't miss the premier event for real estate pros.Register Now ×
Limited Time Offer: Get 1 year of Inman Select for $199SUBSCRIBE×
Inmanpot
Log in
If you created your account with Google or Facebook
Don't have an account?
Create an Account
Forgot your password?
No Problem