Mortgage research company Black Knight Financial Services, whose mortgage processing software services more than half of the country’s first-lien mortgages, is gearing up for its initial public offering (IPO) on the New York Stock Exchange next week, in which it hopes to raise $430 million.

According to a May 11 Securities and Exchange Commission (SEC) filing, Fidelity will control at least 55 percent of the voting shares of the company, and private equity firm Thomas H. Lee Partners will have a 27 percent voting stake, once the IPO is complete.

Trading under the ticker BKFS, Black Knight would have a market capitalization of $3.5 billion, making it the fifth-largest IPO this year, according to IPO exchange-traded fund manager Renaissance Capital. Black Knight will offer 17 million shares at a proposed trading price range of $22 to $25.

Black Knight plans to use the money raised in the IPO to repay some of its $2.2 billion debt and “to grow our business” by acquiring “complementary businesses, technologies and services.” According to its regulatory filings, about $718.4 million of its debt is in the form of intercompany loans. It also listed $111 million in costs related to Fidelity’s acquisition of LPS.

Black Knight’s largest clients are Wells Fargo and JPMorgan Chase, which together comprise about 27 percent of its revenue, according to regulatory filings.

The company listed reliance on only a handful of large clients, “substantial indebtedness,” potential network security breaches, ongoing government reform of the mortgage industry and the risk of its proprietary data becoming publicly available as risk factors for its business.

Black Knight also announced today that more than 30 percent of mortgage industry settlement agents have registered to use its Closing Insight solution, an open technology platform that automates the multiparty processes required to close a loan and includes integration, data management, decision support and workflow management.

Black Knight said that because of its partnership with leading title and settlement software providers, it is targeting 90 percent of settlement agents to integrate Closing Insight with their other software by Aug. 1, when the Consumer Financial Protection Bureau’s TILA-RESPA Integrated Disclosure (TRID) rule goes into effect.

Black Knight is encouraging settlement agents to register by May 31 to prepare to exchange documents, data and information with their lender partners and train on the new forms and processes ahead of the TRID deadline. The company claims that registration takes less than 15 minutes.

“Closing Insight offers a secure, scalable, low-friction solution with data integrations into production and underwriter software to assist both small and large service providers with their requirements to comply with the TRID rule and gain operating efficiencies that drive value for consumers. The solution’s user-friendly interface also allows settlement agents and lenders to easily communicate and collaborate with one another,” the company said in a statement.

Closing Insight is offered by RealEC Technologies, a division of Black Knight. 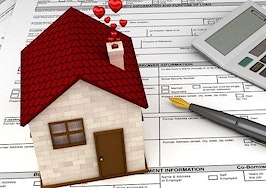 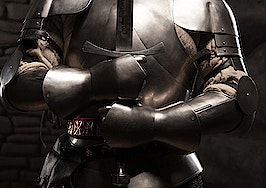 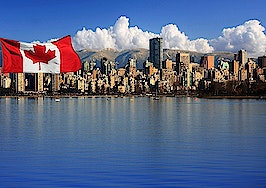 Black Knight signs first Canadian MLS deal and it's a big one
Back to top
Only 3 days left to register for Inman Connect Las Vegas before prices go up! Don't miss the premier event for real estate pros.Register Now ×
Limited Time Offer: Get 1 year of Inman Select for $199SUBSCRIBE×
Inmanpot
Log in
If you created your account with Google or Facebook
Don't have an account?
Create an Account
Forgot your password?
No Problem