Many mortgage bankers are still waiting on software vendors to deliver new loan processing systems designed to handle mortgages after Aug. 1, when the Consumer Financial Protection Bureau’s TILA-RESPA Integrated Disclosures rule, or TRID, takes effect — and some fear that if their systems are unable to process TRID’s new Loan Estimate and Closing Disclosure forms, they may be unable to offer some key loan products.

Those are the troubling results of a recent American Bankers Association (ABA) survey, conducted in April, which polled 800 member bankers about the progress their vendors have made in delivering systems related to TRID implementation.

Ready or not, TRID is coming. The sea change to the mortgage closing process has been almost two years in the making, as the CFPB released the final TRID rule in November 2013 to give the impacted industries time to prepare for compliance.

TRID consolidates four existing disclosures currently required by TILA and RESPA into two forms: a Closing Disclosure that replaces the HUD-1 that must be provided to the consumer at least three business days prior to consummation of the transaction; a Loan Estimate that replaces the Good Faith Estimate designed by HUD under RESPA; and the “early” Truth in Lending disclosure designed by the Fed under TILA, which must be delivered or placed in the mail no later than three business days after receiving the consumer’s application.

“It is critical that this rule is implemented smoothly so that it does not end up hurting creditworthy Americans that want to own a home,” said Cindy Lowman, chairman of ABA’s Mortgage Markets Committee. “Given the scope and complexity of these new rules, the implementation of this regulation will impose high costs on all lenders and consumers.”

Respondents who have either received their new systems or have a timetable for delivery were evenly split about whether they were provided their systems all at once or in stages, or if they are using multiple vendors.

But even for those who are ready or plan to be ready, only 77 percent of respondents said their systems will be able to process all of the types of loans they plan to offer.

Some said they will use multiple vendors or consider switching vendors to get this task completed. Others said they may produce specialty disclosures to handle these loan products in-house, but alarmingly, 21 percent said they may forgo offering these products until their systems can process them — which could limit the diversity of loan products available to borrowers in the first few months of implementation.

“Should anything go awry, then the settlement will have to be delayed,” Lowman, who is also president of United Bank Mortgage Corp., in Grand Rapids, Michigan, said. “A delay in settlement could be a huge imposition to a buyer,” especially one who may be selling another house contingent on settlement or who is planning a move, she said. 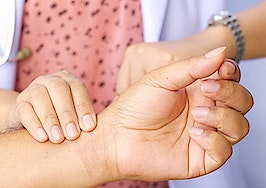 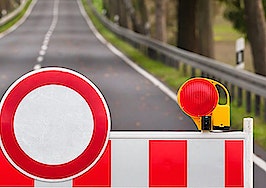 Mortgage bankers: Technology and TRID are barriers to future growth 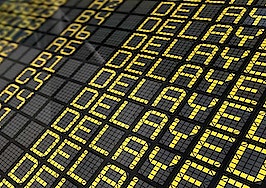 Re/Max CEO asks government to delay enforcing new regulation
Back to top
Inman Connect Las Vegas Memorial Day sale – 44% off exclusively for Select subscribers!Register Now To Save×
Limited Time Offer: Get 1 year of Inman Select for $199SUBSCRIBE×
Inmanpot
Log in
If you created your account with Google or Facebook
Don't have an account?
Create an Account
Forgot your password?
No Problem