April’s foreclosure property count marks a 3 percent jump from March and a 9 percent leap from a year ago, but RealtyTrac Vice President Daren Blomquist emphasized that it’s a lagging indicator and a consequence of past foreclosures moving through the pipeline, not an indication of a current housing turbulence.

RealtyTrac’s definition of foreclosure activity encompasses default notices, scheduled auctions and bank repossessions (REOs). At 45,168, the number of REOs in April was up 25 percent from the previous month and up 50 percent from a year ago to a 27-month high. The spike in April REOs, however, is still 56 percent below the peak of 102,134 REOs in September 2013.

“The REO increase in April was foreshadowed by a 23-month high in scheduled foreclosure auctions in October 2014,” Blomquist said in a statement. “Many of those scheduled auctions are now taking place, and properties are going back to the foreclosing lender.”

“While distressed sales typically have a stifling effect on the housing market, in this particular market an influx of distressed inventory could actually help stimulate sales during the spring and summer buying season as new listings become available, often in the middle to lower ranges of the market,” Blomquist added. 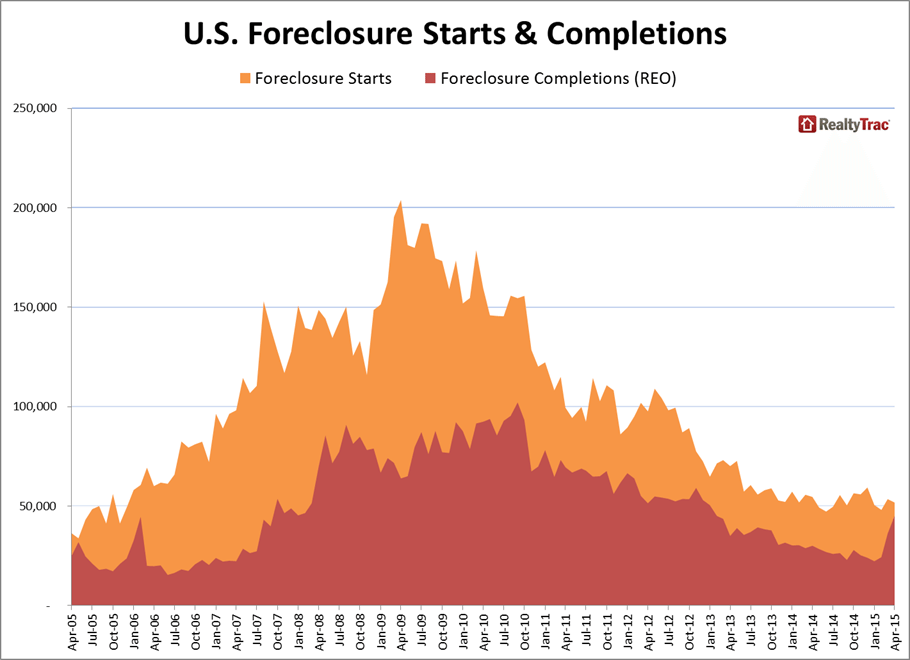 Nationwide, the average sale price of REOs sold in the first quarter was 87 percent of the average estimated market value of those same properties at the time of sale. Some markets saw REOs sell at a much higher price-to-value ratio, including San Diego (100 percent), Charlotte, North Carolina (100 percent), San Francisco (97 percent), Bakersfield, California (97 percent) and Portland, Oregon (97 percent).

Following the national trend that resulted in a 27-month high of REOs in April, 33 states posted a year-over-year increase in REOs in the first quarter, including Florida (up 42 percent), California (up 53 percent), Michigan (up 198 percent), Illinois (up 46 percent) and Ohio (up 63 percent). 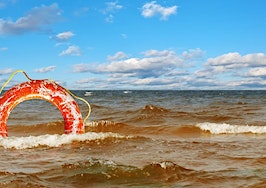 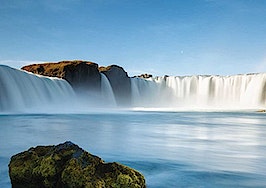 Foreclosure inventory on track to drop to 2007 levels by midyear 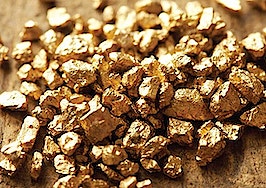 Down payment assistance website offers gold mine for potential buyers
Back to top
Only 3 days left to register for Inman Connect Las Vegas before prices go up! Don't miss the premier event for real estate pros.Register Now ×
Limited Time Offer: Get 1 year of Inman Select for $199SUBSCRIBE×
Inmanpot
Log in
If you created your account with Google or Facebook
Don't have an account?
Create an Account
Forgot your password?
No Problem