The Supreme Judicial Court, the highest appellate court in Massachusetts, announced today it has ruled in favor of the notion that real estate agents should be considered independent contractors or employees depending on a contractual agreement in the Monell vs. Boston Pads LLC case.

Deemed a win by the real estate industry, the long-standing tradition of real estate agents having the ability to work with brokerages in a contract position upholds the business model that is prevalent across the industry.

“This is a great decision for the entire industry and for consumers because this is the way we have been doing business for 100 years, and it gives the real estate professionals the option of being able to affiliate with a broker as either an independent contractor or an employee,” said 2015 Massachusetts Association of Realtors President Corinne Fitzgerald, broker-owner of Fitzgerald Real Estate in Greenfield, Massachusetts.

The case was brought in attempt to shift real estate agents toward working with brokerages as employees, who would have to adhere by rules and regulations such as a dress code, in-office hours and sales benchmarks.

Due to the nature of the job, real estate agents are often working nights and weekends and on a commission structure. If the ruling would have gone the other way, the entire industry mentality could have drastically shifted along with it.

“This case has been going along for quite some time now,” said MAR General Counsel Michael McDonagh. “In 2013, the Superior Court in Massachusetts issued a ruling that essentially said that real estate brokers and salespeople can affiliate with their brokerage as independent contractors, and they said that because of a provision in our license law that allows for that to happen.

“That decision was then appealed and the Supreme Judicial Court, the highest court in Massachusetts, took the case on direct appellate review.”

The case started with Boston Pads, largely a rental firm, and the plaintiffs in the case were working in the office and interested in obtaining benefits like minimum wage and overtime.

Upon being hired by Boston Pads, the plaintiffs signed an agreement that they would work on a commission-based structure similar to that of the traditional real estate agent and be responsible for their own taxes.

However, they were also required to come into the office during specific hours, adhere to a dress code and meet productivity goals. Some of their regular duties included procuring listings, showing apartments to interested tenants, marketing the listings, and meeting and communicating with landlords and tenants.

Arguments were made on the case in December 2014. And, as the plaintiffs agreed upon when they were retained by the company in the agreement, the ruling confirmed that they were correctly classified as independent contractors.

While the real estate professional with an independent contractor status still has the flexibility required to get the job done, the license law itself requires some supervision by a broker in the state of Massachusetts.

Training, on-going education and fair housing laws are all required in order to continue serving consumers as they have.

“As practitioner, it’s critical that the independent contractor status remain because the way we do our business is such that we need to work with the consumer to do what we need to do when we need to do it,” Fitzgerald said.

“It’s almost impossible for us to work a 9-to-5 job. It has to be odd hours. We have to be available when they need us. This is a win-win for the consumer. We can continue to do business as we have been doing it, which is the way they want us to do it.” 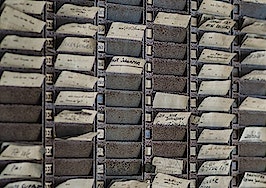 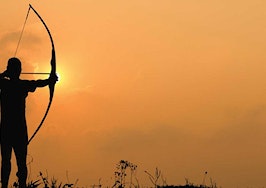 What clients care about (Hint: It isn't data accuracy)
Back to top
Thousands of real estate pros joined us virtually for Connect Now and you can access the replays with a 2022 bundle.Access Now×
Agent Appreciation Sale: Inman Select for only $85.CLAIM OFFER×
Inmanpot
Log in
If you created your account with Google or Facebook
Don't have an account?
Create an Account
Forgot your password?
No Problem