Rooftops represent ideal usable space for amenity-focused developers of luxury midrise and high-rise product. Turning a portion of a rooftop into a “green roof” appears to be an increasingly popular move made by developers looking to set their projects apart.

Rooftops represent ideal usable space for amenity-focused developers of luxury midrise and high-rise product. Turning a portion of a rooftop into a “green roof” appears to be an increasingly popular move made by developers looking to set their projects apart.

Last year, more square footage of green roof was installed on private projects than public, according to a survey conducted by Green Roofs for Healthy Cities, a nonprofit, green roof industry association. The survey findings are based on responses from 27 corporate member firms.

This finding represents a shift from 2013, when public projects led the way. The volume of multifamily project deliveries in 2014 suggests that rental developments accounted for a significant percentage of private green roof installations.

A green roof is a partially or completely covered portion of rooftop that’s covered with vegetation and a growing medium. The growing medium is planted over a waterproofing membrane.

Multifamily developers will often pair these gardens with a deck or pool to create an amenity-rich rooftop.

While private sector installations increased, the North American green roof industry experienced a decline of 12 percent in 2014, compared to 2013, when the industry saw a rise of 10 percent. In total, corporate members recorded more than 5.5 million square feet of green roofs installed on 887 projects in 2014, compared with more than 6.4 million square feet installed on 950 projects in 2013. 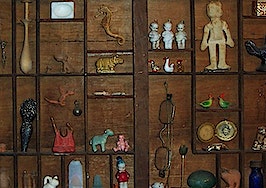 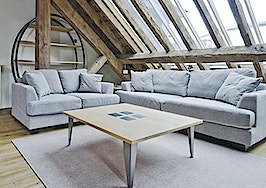 Apartment developers target nonresidential buildings
Back to top
Only 3 days left to register for Inman Connect Las Vegas before prices go up! Don't miss the premier event for real estate pros.Register Now ×
Limited Time Offer: Get 1 year of Inman Select for $199SUBSCRIBE×
Inmanpot
Log in
If you created your account with Google or Facebook
Don't have an account?
Create an Account
Forgot your password?
No Problem