Foreign investors will be one of the top three sources of commercial real estate debt and equity this year, as abroad capital providers continue to view the U.S. as a safe haven for investments.

Foreign investors will be one of the top three sources of commercial real estate debt and equity this year, as abroad capital providers continue to view the U.S. as a safe haven for investments.

The multifamily sector will be the most attractive market for foreign investments, according to a new survey released by national law firm Akerman LLP.

The purchasing power of the Chinese yuan over the U.S. dollar has the potential to be a significant driver for many U.S. markets, the firm states.

Despite the strengthening of the U.S. dollar against European and Latin American currencies, executives also believe investors from these regions will remain among the top three foreign capital sources this year. 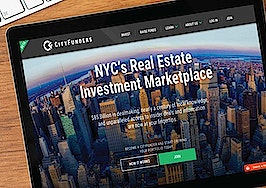 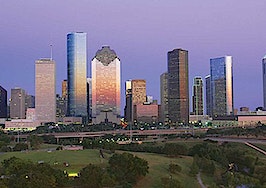 Houston, we have a development problem
Back to top
Thousands of real estate pros joined us virtually yesterday for Connect Now and you can access the replays with a 2022 bundle.Access Now×
Agent Appreciation Sale: Inman Select for only $85.CLAIM OFFER×
Inmanpot
Log in
If you created your account with Google or Facebook
Don't have an account?
Create an Account
Forgot your password?
No Problem