Like the San Francisco Bay Area, markets in South Florida and select secondary markets throughout the nation appear to represent locales where yield-chasing developers can justify late 2015 project starts that would deliver sometime in 2017.

Outside of Miami, the submarkets of West Palm Beach, Fort Lauderdale, Naples and Cape Coral present numbers that would suggest future deliveries will be absorbed. In Central Florida, Orlando and its submarket Deltona also seemed primed for future development.

Naples and Cape Coral have some of the best vacancy rates in the nation, at 2.3 percent and 2.7 percent, respectively. Both also experienced recent double-digit, year-to-year rent growth – Naples, 11.1 percent, and Cape Coral, 10.2 percent.

To the north, Orlando remains a strong market with occupancy of 95.6 percent and 6.7 percent year-to-year rent growth. Its submarket, Deltona, sports a vacancy rate of 3.5 percent with a 9 percent escalation in rents.

Raleigh-Durham recently ranked as the No. 3 market in the nation for job growth and No. 5 in terms of return on investment (ROI). If the nearly 10,000 units that have been delivered during the last 12 months are absorbed, developers will push forward with new deals.

Developers that recently started or plan to start projects in Raleigh-Durham this year include NRP, Kane Realty, Crescent Communities, Proffitt Dixon Partners and Woodfield Investments. Most of these firms are merchant builders.

Louisville and Las Vegas recently ranked as the seventh and 10th best markets in the nation when it comes to providing a high ROI to investors. Both these markets have a minimal volume of 2015 deliveries. Some developers, like Calida Group and Fore Property Group, are lining up multiple deals in Las Vegas. 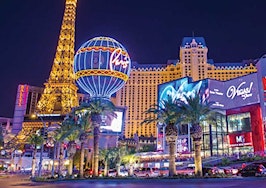 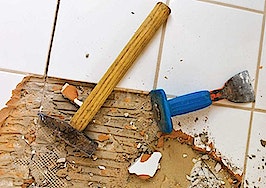 Most homeowners plan to start or continue renovations this year 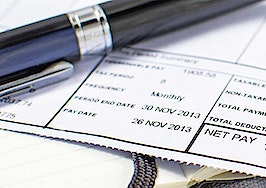 Income-to-rent proportions exceed 40 percent in metro markets
Back to top
Keep up-to-date on tools and tactics to impress your clients and outshine your competition with the 2022 virtual bundle.Register Now×
Agent Appreciation Sale: Inman Select for only $85.CLAIM OFFER×
Inmanpot
Log in
If you created your account with Google or Facebook
Don't have an account?
Create an Account
Forgot your password?
No Problem