After 2 1/2 years of consistent home price increases, payment-to-income ratios are still below pre-bubble levels nationally and significantly below ratios seen at the peak of the market.

The principal and interest payment on a median-priced home is equal to 21 percent of median gross monthly income nationally, according to Ben Graboske, senior vice president for Black Knight Financial Services.

“In the years before the housing bubble, that ratio was closer to 25-26 percent, and at the height of the market in 2006, it peaked as high as 33 percent,” he added.

Currently, the monthly payment on a median-priced home is $400 less today than it was in 2006.

However, if interest rates rise by 75 basis points a year and home prices appreciate by 3 percent annually, this payment-to-income ratio would stand at 27 percent by 2017.

This ratio would mean that the payment on the median-priced home would increase by $116 per month over the next year and $241 per month by March 2017.

“A 1 percent increase in interest rates would impact affordability as much as a 13 percent jump in home prices,” Graboske said.

Black Knight recently looked into the current population of refinanceable borrowers and found that between traditional and HARP programs, approximately 6.5 million borrowers could qualify for and benefit from refinancing.

For both groups, the potential monthly savings could be substantial.

Roughly 550,000 homeowners could save $500 or more each month by refinancing at today’s rates. More than 3 million could save at least $200 per month.

“We’re looking at about $1.5 billion that American homeowners could be saving every month through a traditional refinance,” he said, cautioning, “If rates go up just half a percentage point, 2.6 million people fall out of that refinanceable population.”

States with the highest percentage of loans that are more than 90 days delinquent include Mississippi (4.54 percent), Rhode Island (3.38 percent), Louisiana (3.13 percent), Alabama (3.07 percent) and Arkansas (2.76 percent). 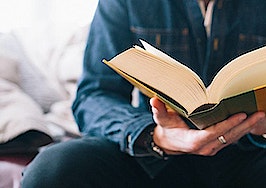 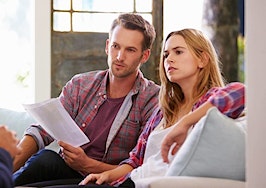 SoFi says ‘so what?’ to traditional mortgage lending
Back to top
Keep up-to-date on tools and tactics to impress your clients and outshine your competition with the 2022 virtual bundle.Register Now×
Agent Appreciation Sale: Inman Select for only $85.CLAIM OFFER×
Inmanpot
Log in
If you created your account with Google or Facebook
Don't have an account?
Create an Account
Forgot your password?
No Problem