Trailblazer Ben Kinney will likely transmute ActiveRain into a powerhouse consumer content machine for hyper local real estate information. Think: Case-Shiller at the ZIP-code level married to the Next Door App. There’s lots of work to do and some gnarly problems to solve, but it could be powerful if he succeeds.

Inman learned that Kinney closed on his acquisition of the fledgling blogging platform last week. He announced the acquisition on June 19.

As the agent’s role in a transaction shrinks due to technology, nothing is more important than an agent’s grasp of the local market and the ability to communicate insight to clients and prospects. What is going on street-by-street in the ZIP codes where they work?

Good agents know the local market house-by-house — knowing almost every property, their prices and their history. Imagine Zillow with a brain and legs that walks neighborhoods and knows the value, foibles and strengths of the homes. The Zillow algorithms with the agent’s nuanced knowing gives them authority and meaningful value with consumers.

Kinney is eager to reposition the nine-year old company that has been tossed around like an old Barbie Doll at a flea market. Started by two young Seattle entrepreneurs, Jonathan Washburn and Bob Stewart, it was sold to Market Leader five years ago and then digested first by Trulia and then consumed by Zillow in its acquisition of Trulia last year. Five owners in five years — whew!

But Kinney is not a tweaker; he wants to shake up the platform by leveraging local Realtors with hyper-local insights. He is keen on building a consumer-facing experience.

“One the features we want to improve would be our agent to agent referrals,” said Kinney. He said that “the business model will evolve as we deliver on our promises to consumers and to our traffic promises to the industry authors.

The anything-goes, real estate brotherhood/sisterhood tone of the platform could change, as well. Local market templates could guide agent contributions and deliver on the promise of credible local insight not sales hype and vanity hogwash.

Raised in Kodiak Island in rural Alaska, Benton has twelve teams from Alaska to Florida. “I actually never go to work,” she said, although her team members do. “I live on a remote island and work two hours a day from home.”

The day we spoke with her, Benton was working on her mobile phone waiting for her kids to finish swimming. She spent several years teaching KW market center leaders how to find leads online without paying the portals or the directories.

Here is an example of the content that she says attracts clients in the Westpark neighborhood of Anchorage, Alaska. This particular post has been viewed 5,000 times or more, says Benton.

Kinney’s first challenge is to go deeper and more localized. Neighborhoods are small units but markets actually change and vary from street to street.

The second challenge is creating an information standard that consumers can count on and with data and color that is meaningful to their decisions.

Here are other examples that might be suited for Kinney’s new vision. 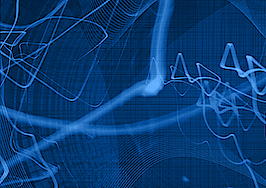 33 people who are changing the real estate industry 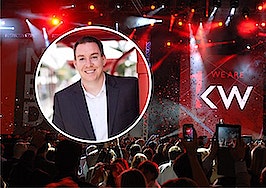 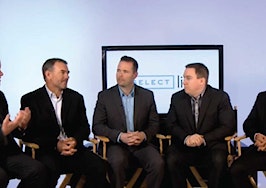 The best brokerage model for agents and consumers: Watch the video
Back to top
Only 3 days left to register for Inman Connect Las Vegas before prices go up! Don't miss the premier event for real estate pros.Register Now ×
Limited Time Offer: Get 1 year of Inman Select for $199SUBSCRIBE×
Inmanpot
Log in
If you created your account with Google or Facebook
Don't have an account?
Create an Account
Forgot your password?
No Problem