Accounting for roughly 40 percent of all rental stock, single-family rentals are expected to remain in high demand — especially among millennials that begin to form their own families.

Accounting for roughly 40 percent of all rental stock, single-family rentals are expected to remain in high demand — especially among millennials who begin to form their own families.

This is good news for owners of single-family rentals, especially those who own homes in markets that have recently seen a bump in rent.

According to CoreLogic, median rent in San Francisco rose by 20 percent spanning April 2014 to April 2015. In Los Angeles, Seattle and Phoenix, single-family rents rose by 9 to 10 percent during the same period.

In comparison, the median rent for a three-bedroom home rose 4 percent nationally.

The median rent for a 3-bedroom home rose 4% nationally

On the flip side, rents in some markets were stagnant or declined, as demand could not keep up with new supply. In Detroit, the median rent dropped by 4 percent for a three-bedroom home.

A recent Auction.com report pointed to the return of the “mom and pop” investor in the single-family rental space. These buyers are willing to purchase properties that deliver long-term returns based on monthly cash flow.

Of buyers looking to make a one-time purchase, 72 percent prefer a hold-to-rent strategy, according to Auction.com findings. 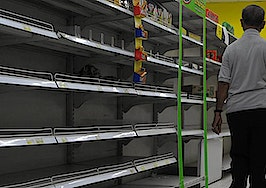 4 reasons why inventories are pathetic -- for now

CoreLogic: Jobs are up and foreclosures are down 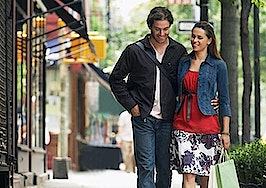 WalletHub maps out best cities for first-time homebuyers
Back to top
Only 3 days left to register for Inman Connect Las Vegas before prices go up! Don't miss the premier event for real estate pros.Register Now ×
Limited Time Offer: Get 1 year of Inman Select for $199SUBSCRIBE×
Inmanpot
Log in
If you created your account with Google or Facebook
Don't have an account?
Create an Account
Forgot your password?
No Problem