by Andrew Strauch
Share this article
You successfully shared the article.
Close

Toward the end of last year MRIS, the Mid-Atlantic MLS, rolled out the “Coming Soon” listing status. It provides listing agents with the ability to promote properties within our MLS that are not ready to be shown but will be soon.

“Coming Soon” allows agents to promote properties within the MLS before they hit the market.

After much debate, we determined the most efficient way to do this was by creating a new property status, in addition to the standard choices such as active, pending, sold, etc.

Agents can now simply select “Coming Soon” from the same drop-down menu they have been using for years to select status.

We chose to do it this way in order for the new functionality to be intuitive and so that it would be easy to automate the process of converting the listing to “Active” status at the appropriate time.

So what have we learned?

In the six months since we implemented the program, adoption rates have doubled and are still climbing. During the first month of launch, roughly 9 percent of all listings started out in “Coming Soon” status, and six months later the overall average is 17.3 percent.

When we break the data down by neighborhood, there is a clear correlation between where the demand for houses is highest and a higher usage of “Coming Soon” by agents with listings in those areas.

Usage rates have surpassed 20 percent in the high-demand neighborhoods.

Usage rates have surpassed 20 percent in these high-demand neighborhoods. For a low-inventory market such as Washington, D.C., the “Coming Soon” status has been a welcome addition for both buyer’s agents and listing agents because it jump-starts the process of getting the word out about a new listing.

2. The “Coming Soon” status equals fewer days on the market

Analyzing six months of data shows that homes that begin in “Coming Soon” status sell more quickly than those that first enter the MLS as an “Active” listing.

A property’s days on the market start to accrue only once the listing has turned “Active,” so any time spent as “Coming Soon” isn’t included in these calculations.

Currently, the average days on market for properties starting out in “Active” status is 28.4 days compared with only 20.9 days for listings that start with “Coming Soon” status.

That shaves off an entire week of market time. The disparity became even more apparent when we compared the figures for “Days On Market-Property” (DOMP).

For those that are not initially listed as “Coming Soon” the DOMP was 40.6 days compared with only 26.3 DOMP if it was first a “Coming Soon” property.

3. Sweet spot is one week or less

A listing may only remain in “Coming Soon” status for a maximum of 21 days. Once that limit is reached, it will automatically convert to “Active” listing status.

During this time, the “Coming Soon” status listings are available only to other MLS subscribers via the MLS system and are not distributed to any brokerages or third-party consumer search websites.

The vast majority of agents are creating “Coming Soon” listings about a week before they become “Active.” Over 9,000 homes entered the market as “Coming Soon” seven days or fewer before becoming an “Active” listing.

Over 9,000 homes entered the market as “Coming Soon” 7 days or fewer before becoming “Active.”

This is three times the amount of properties that were entered as “Coming Soon” in the remaining time frame, which is anywhere from eight to 21 days out from converting to “Active.”

We put significant effort into educating our customers about how the “Coming Soon” status would work, when “Coming Soon” should be used, and that due to the way it was implemented, “Coming Soon” would not be a vehicle to increase pocket listings.

Since implementation, those customers who were initially concerned about how the “Coming Soon” status would be used now understand the value of this new capability.

Agents are successfully using “Coming Soon” to build interest for new listings within the agent community.

Agents are successfully using “Coming Soon” to build interest within the agent community.

Our customers appreciate getting the inside scoop that “Coming Soon” listings create and not being caught by surprise by a “Coming Soon” sign when they tour neighborhoods with buyers.

Both the numbers and the comments from agents indicate the “Coming Soon” status has been a success and will only continue to grow as more agents realize its benefits.

Andrew Strauch, vice president of product innovation and marketing at MRIS, has more than 20 years of experience in product management, product marketing and engineering. 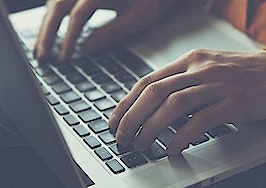 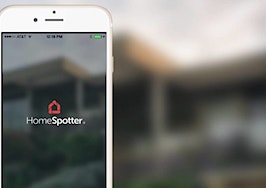 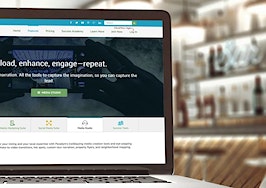 VisualTour rebrands as Paradym
Back to top
Only 3 days left to register for Inman Connect Las Vegas before prices go up! Don't miss the premier event for real estate pros.Register Now ×
Limited Time Offer: Get 1 year of Inman Select for $199SUBSCRIBE×
Inmanpot
Log in
If you created your account with Google or Facebook
Don't have an account?
Create an Account
Forgot your password?
No Problem