I have to be honest, if you asked me a few weeks ago my opinion of Bravo’s “Million Dollar Listing” franchise, I would have told you it was an overhyped misrepresentation of what it’s actually like to be in the real estate business.

I would have also likely told you the series portrays a sexiness to the business that manipulates consumers into believing it’s all fairytales and butterflies.

All of this was true until I sat down with Andrew Greenwell, one of the stars of “Million Dollar Listing San Francisco.” Let me tell you, this guy is all business.

Having started his own brokerage at the age of 19, Andrew’s been around the block a few times, and his thoughts on the industry demonstrate he’s not just a TV personality driving ratings for Bravo. We spoke the same language.

Having started his own brokerage at the age of 19, Greenwell’s been around the block.

Here are some of my favorite takeaways from our interview:

Andrew reminds us it’s crucial to fill our days with revenue-producing actions. Any other duties or tasks that aren’t directly tied to revenue should be passed along to other members of your team so you can focus on actions that drive sales.

2. Master your systems and processes before moving on.

Agents are notorious for being scattered; they dabble in a lot, but don’t master any one thing. Andrew talks about staying focused and mastering one lead generation technique before moving on to the next. It’s about quality over quantity of activities. Remember how pizza boxes can help you sell houses?

Real estate revolves around prospecting; that’s not a new story. Everyone is a potential client. Whether you’re door-knocking or networking at a glamorous San Francisco event, you’ve got to put yourself out there. Andrew sets specific, achievable networking goals and focuses on the prospecting activities he’s best at.

What does this mean for real estate?

Given my previous perception of “Million Dollar Listing San Francisco,” if Andrew Greenwell is actually the real deal, what does that mean for the real estate industry?

On the consumer side, does the show actually cheapen the public’s opinion of the agent’s role in the transaction? After all, aren’t all agents enjoying this glamorous lifestyle filled with fast cars, champagne at closing and six-figure commissions?

And for the typical real estate agent not bringing in six-figure commissions, does the show pressure a sense of inadequacy? Are we trying to live up to an ideal that is pieced together for the sake of good television?

I think it’s time we opened the conversation. Check out my interview with Andrew for yourself. We strip it down to what’s real: the business of real estate.

Tyler Smith is founder and CEO of SkySlope, and a former top-producing agent and 30 Under 30 alumni. You can follow him on Twitter or on his blog. 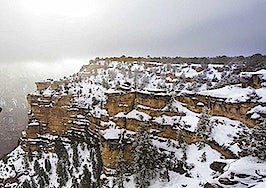 3 ways to fix the negative perception of Realtors 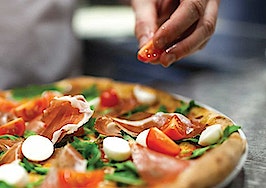 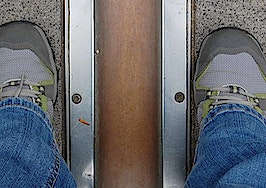 Opinion: Why consumer behavior will eliminate the part-time agent
Back to top
Only 3 days left to register for Inman Connect Las Vegas before prices go up! Don't miss the premier event for real estate pros.Register Now ×
Limited Time Offer: Get 1 year of Inman Select for $199SUBSCRIBE×
Inmanpot
Log in
If you created your account with Google or Facebook
Don't have an account?
Create an Account
Forgot your password?
No Problem