Airbnb might just be here to take over the world — or at least connect earthlings with alternatives to hotel accommodations. The company’s newest announcement about expanding to China proves it.

Many online portals have steered clear of China’s marketplace because of its censorship and regulated monitoring, but China also holds the key to a highly lucrative opportunity for Airbnb.

According to a post on the company’s blog, Chinese travelers have utilized the short-term rental site at an increased rate of 700 percent in the past year.

Airbnb’s main priority right now is promoting use by Chinese travelers to other countries.

Airbnb remains elusive about its specific plans for expansion to China. The company has revealed that it is bringing on the help of two strategic partners; China Broadband Capital and Sequoia China are expected to help the company find an ideal candidate as CEO for Airbnb China and “create a truly localized presence for the company.”

The company’s main priority right now is promoting Airbnb for use by Chinese travelers to other countries. Airbnb hopes to build a loyal following of Chinese visitors to the U.S. and other countries first.

According to John Burns Real Estate Consulting, the Chinese economy has grown more than 800 percent in 14 years. Chinese investors are also making a significant impact on the U.S. housing market, especially in California, where homes are being purchased with cash.

Airbnb may also be hoping that these homes — especially if they are second homes for Chinese-Americans — could be added to the site’s inventory.

Cities and communities throughout the U.S. are increasingly proposing and passing legislation to ban and regulate short-term rentals. In Southern California, the Laguna Beach City Council recently voted in favor of banning short-term vacation rentals in its city.

The company is also coming off the heels of a June fundraising round that raised more than $1 billion. 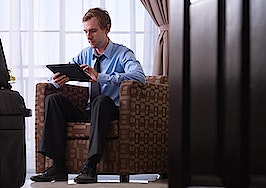 Airbnb is expanding in the business world with new monitoring platform 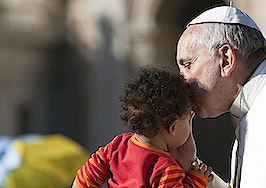 Where should you invest in an Airbnb to see greatest ROI?
Back to top
Thousands of real estate pros joined us virtually for Connect Now and you can access the replays with a 2022 bundle.Access Now×
Agent Appreciation Sale: Inman Select for only $85.CLAIM OFFER×
Inmanpot
Log in
If you created your account with Google or Facebook
Don't have an account?
Create an Account
Forgot your password?
No Problem