The financial world is paralyzed, waiting for the Fed next Thursday. At the outset, hang on tight to one thing: The U.S. economy is doing so well that, if it were not for the rest of the world, the Fed would have begun liftoff months or even years ago.

The financial world is paralyzed, waiting for the Fed next Thursday.

At the outset, hang on tight to one thing: The U.S. economy is doing so well that, if it were not for the rest of the world, the Fed would have begun liftoff months or even years ago.

We are not growing fast; our new GDP (gross domestic product) speed limit is only about 2 percent, but jobs are plentiful, housing is entering a growth phase beyond recovery and only wages are sticky. Wages and therefore inflation may stay stuck, but with unemployment crossing below 5 percent, a zero percent Fed is inappropriate.

My vote for next Thursday: Lift 0.25 percent and see what happens. This fitful go/no-go and Groundhog Day debate is distracting from important things, like football.

Lou Barnes: My vote for next Thursday: Lift 0.25 percent and see what happens.

The Fed may hold off because inflation forces are all pulling downward, and because there is no reliable way to measure the future impact on the U.S. of an outside world in trouble.

In the 1997-1998 “Asian Contagion,” the Fed panicked about global recession, but it turned out that overseas trouble was a benefit here, and the Fed’s easing poured gasoline on a stock-market bonfire. This time is different.

Europe is so sick that the ECB (European Central Bank) this week guaranteed additional and extended QE (quantitative easing).

Then the BRICS — the emerging darlings of finance, investment, and bond and stock huckstering.

“B” for Brazil, which this week submerged to junk bond status. Its currency is worth about half its value two years ago. Its government and upper-crust leadership have been exposed as completely corrupt. Its overreliance on commodity exports has produced a structural fracture with no prospect of cyclical recovery. At some point it’s a dead-varmint bounce, and social unrest likely.

“R” for Russia. Czar Vladimir made a pact with Russia’s worst impulses, and the bill is due. A gangster state, in which any successful entrepreneur will pay protection until a goon steals the whole business. All the weakness of any petro-state, with an otherwise shriveled economy, petro production itself starved of investment, and petro prices less than half the level necessary to keep the gangs going. Belly-crawling to China has been fruitless. Oil under $50, Vladimir has a couple of years before … the knock at his door?

“I” for India. The bright spot. Still growing, but the rupee is in bad trouble because markets for its exports are in trouble. Its deepest weakness: The caste system and corruption blockade any prospect of widespread modernization and population control. India may get some cyclical rebound, but structural issues are intractable.

China is not likely to hard-land, but its supercharged leadership days are done.

Then “C” for China. Everybody gets the black box: the world’s second-largest economy, 1.3 billion people, the focus and funnel of world trade, but so thoroughly deceitful about its data that the world can’t tell what’s going on inside. And that, of course, is what’s wrong inside.

China is not a gangster state like Russia — it has its murky clans and the rotten party, but its self-theft is for public good. China’s black-suit and shoe-polish-hair leadership is a collective control freak, perfectly understandable given China’s several-thousand-year tendency to fly apart. Its command economy is not Soviet-style incompetence — China truly intends a meritocracy.

Fatal for its plans: Last week, the lead reporter for a top China business journal was arrested and charged for the crime of “independent inquiry.”

China is hitting the great wall of social capital. Markets cannot function without a free flow of information. In a healthy society, business conversations always overlap with government policy consideration and open political debate. No modern economy can function without a reliable, fair and independent legal system.

Command economies always fail: You cannot order people and businesses to be flexible while simultaneously forbidding flexibility. You can get only so far with the hammer, and then it’s the problem.

China is not likely to hard-land, but its supercharged leadership days are done.

So, if you’re Chair Yellen, you want to tighten into that? 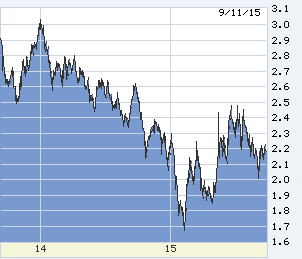 Above, the 10-year T-note two years back. I find no pattern guidance. We overdid the post-taper decline last winter, then overdid the rebound … now, clueless. But long-term rates may not move at all when the Fed lifts off — a lot of frightened global money headed here. 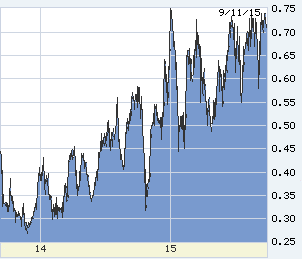 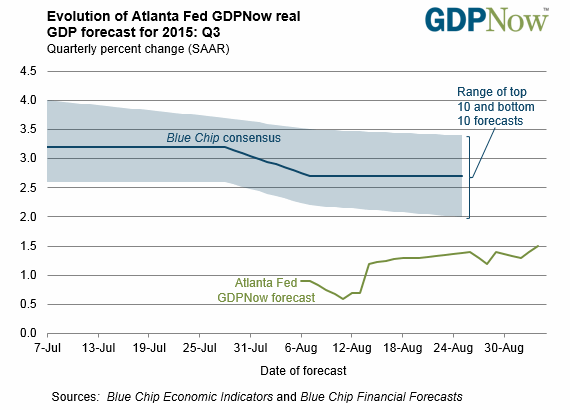 The Atlanta Fed GDP tracker has done well (not its income tracker). The third quarter is almost over, and after a weak first and rebounding second, back to two-ish at best. 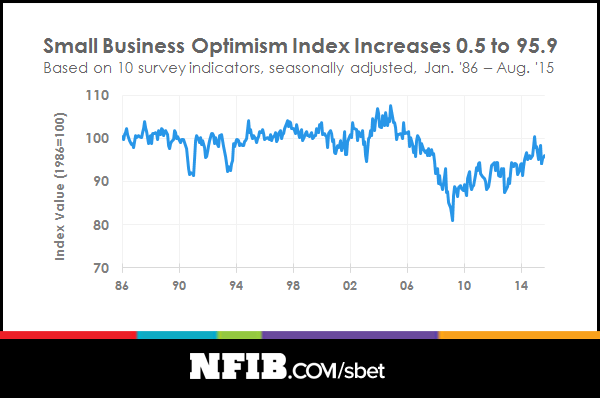 Small business OK, sort of, but acceleration has faded. 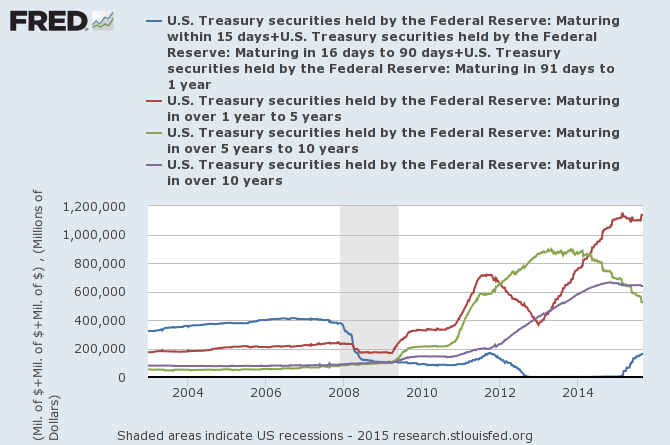 I may be the only one not to have noticed, but the Fed has already begun to shed a lot of long-term bonds bought during the height of QE and flipped to short Treasurys. Very good news! Means that when the Fed begins to stop reinvesting as Treasurys on its balance sheet mature, much less chance of a market shock to long-term rates. 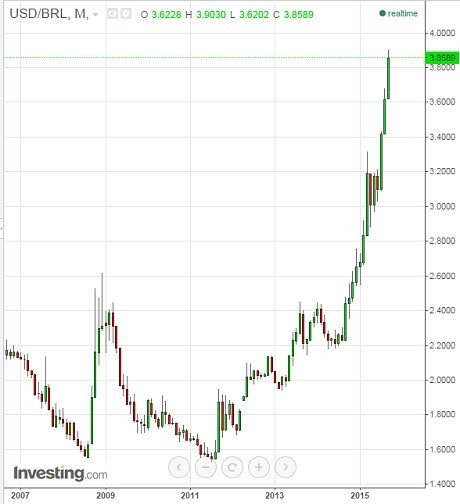 Brazil’s real looks like the ruble (chart inverted: more real/dollar = weaker). One way or another, corruption and overreliance on commodities got ‘em both. Brazil will not be buying much of anybody’s exports for quite a while. 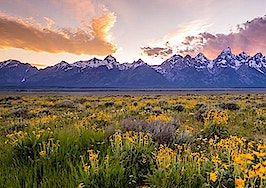 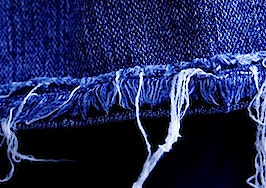 CoreLogic: Distressed home sales on pace to fall to precrisis levels by 2018
Back to top
Only 3 days left to register for Inman Connect Las Vegas before prices go up! Don't miss the premier event for real estate pros.Register Now ×
Limited Time Offer: Get 1 year of Inman Select for $199SUBSCRIBE×
Inmanpot
Log in
If you created your account with Google or Facebook
Don't have an account?
Create an Account
Forgot your password?
No Problem