As the boomers face “empty-nest syndrome” and retirement, they’re shedding their big family houses for a low-maintenance, lock-and-leave lifestyle, often in a warmer climate. Tapping into this trend can provide you with a lucrative business niche for many years to come.

What will unlock the boomer listing inventory?

The boomers control the listing inventory but have been reluctant or unable to move due to the downturn. The oldest boomers are already on Medicare and drawing Social Security.

Moreover, a strong seller’s market has created equity in their homes again. While these markets are good news on the equity front, the flip side of the coin is that strong prices often result in substantial property tax increases.

Couple that with increased health care premiums plus increased insurance rates, and you now have a formula that will force many boomers to finally move.

The first wave hits the ‘sand and sunshine states’

The winter of 2015 was particularly brutal. The result has been an increase in the number of snowbirds (those who winter in warmer regions). That rough winter also resulted in more permanent moves to the sand and sunshine states.

In fact, in late December 2014, Florida bypassed New York to become the third-most -populous state in the country after California and Texas.

In Dec. 2014, Florida bypassed New York as the 3rd-most-populous state after California and Texas.

Boomers are testing out their winter havens to determine whether those locales will become their year-round address. If the upcoming winter is as cold as it was in 2015, look for an even bigger permanent exodus for years to come.

Obviously, age is the most important factor, but what other factors will help you to spot the boomers who are most likely to list or buy another property? Here are the types of situations that are motivating today’s boomers to move now.

The last kid goes off to college

A few weeks ago, my two youngest nieces started college. Their parents are now discussing selling their current primary residences and buying something different.

My Colorado in-laws want a smaller house on more acreage. My Seattle in-laws are talking about buying a smaller home in Seattle and a get-away oceanfront condo in Florida. The condo would have the extra benefit of being an hour away from where their daughter is attending college.

These two couples represent five potential transactions. To find people like them, use REI Source from your local title company. It can identify homeowners who have at least 2,500 square feet and one child living at home who will be graduating from high school this year. You can obtain these lists for less than 10 cents per name.

To find boomers possibly on the move, use REI Source from your local title company.

Boomers have been coping with the “generational squeeze” for years. The squeeze generally occurs when one of their parents dies and the other parent comes to live with the household. It also occurs in households with cultural norms that involve extended families living together under the same roof.

The generational squeeze is now hitting the boomers from a different angle. Boomers are deciding to move in with their children. More anecdotal evidence: Two of my close friends were widowed during the past 18 months.

The first one decided to sell her large family home and buy a beautiful home where she will live with her son’s family. She is still working and leading an active life. Benefits include seeing her grandchildren daily; she has privacy when she wants it, and she can travel without worrying about what is going on at home.

Because she lives in one of the country’s most expensive areas, it also allows her children and grandchildren to be in much nicer home and school district than they could afford without her help. Her son and his wife have the additional luxury of alone time since Na-Na enjoys babysitting.

My second friend lost both her husband and father in less than nine months. She is looking at selling her large home and buying a lock-and-leave property in a 55-and-over community.

She intends to work for another 10 years. However, she would like to have her mother relocate from the Midwest to Austin. The challenge is, what would her mother do while my friend is working or traveling with her job?

The community where she is looking has the solution. There is a wide variety of activities available daily on-site. For example, a weekly Bible study is extremely important to her mother.

This community has a group that meets every Wednesday. Her mother will meet new friends, and she can be as busy or quiet as she chooses to be. Best of all, my friend can continue to work and move into a great retirement lifestyle when she is ready to do so.

Remember, the peak of the “baby boom” was in 1960. Those people will not be eligible for Medicare and Social Security until 2026. What we see now is merely the tip of the trend.

Remember, the peak of the Baby Boom was in 1960. What we see now is the tip of the trend.

Take advantage of it now and ride it well into 2036 — provided you don’t decide to move and retire yourself. 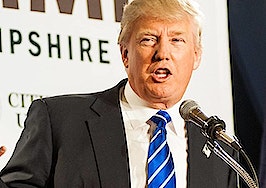 Why the real estate industry does nothing about agent incompetence 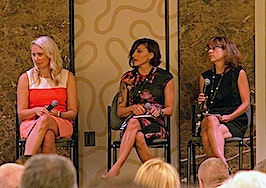