Unicorn hub San Francisco can barely contain all the techies that seek to set up shop there. So, a trip across the bay to Oakland is in the cards for many who want the San Francisco vibe– but from a bit of a distance.

Unicorn hub San Francisco can barely contain all the techies that seek to set up shop there. So, a trip across the bay to Oakland is in the cards for many who want the San Francisco vibe– but from a bit of a distance.

These type of companies are disrupting the status quo in their industries, so they expect no less from their office-leasing arrangements.

Tales of perks like free lunches and concierge services for workers’ personal errands are yesterday’s news, and old thinking. Sure, all that is expected – but what else you got?

That’s a question that comes up frequently.

In an industry that’s dominated by old-line companies with wood-paneled office in soaring glass building, a nod to the changing times is finally being given. Another perk that smaller, agile companies are looking for is ultra-short term leases. Meaning, leases that last in terms of days, not years.

That gives developers significant new challenges, as they are used to cycles and leases that span years.

The Port Workspaces is renovating a variety of older buildings into hip new co-working spaces in Oakland. The target market is creatives and small companies. The eventual tenants will be paying monthly rent in the hundred and not thousands of dollars  – with perks like kombucha included.

“There will be snacks, there will be food you can order from the food artisans upstairs,” said Joel Pool, CEO of The Port Workspaces, in an interview with Marketplace. “There will also be a yoga studio, a podcasting studio, and a maker space.”

Pool’s group is flipping a former department store in downtown Oakland into such space. Extra goodies to entice tenants will include game options such basketball, shuffleboard,  and video games. And according to the interview, a 500-square foot community hammock made from aircraft wire as well.

Another example is marketing tour-de-force Salesforce, which will be anchor tenant in a self-named building in 2017. The tenants get green features like energy efficiency, and rooms planned by function or for flexibility, but the owners get a 15-year-lease.

Commercial brokers who spoke with Marketplace say it’s evolve or die when it comes to accommodating these new kinds of office deals. 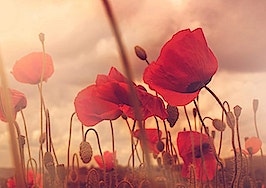 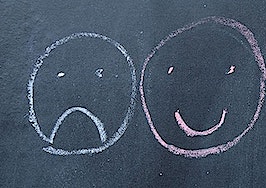 California Realtors optimistic about 2016, delighted with 2015

S&P/Case-Shiller Home Price Indices finds SF home prices fell in November
Back to top
Only 3 days left to register for Inman Connect Las Vegas before prices go up! Don't miss the premier event for real estate pros.Register Now ×
Limited Time Offer: Get 1 year of Inman Select for $199SUBSCRIBE×
Inmanpot
Log in
If you created your account with Google or Facebook
Don't have an account?
Create an Account
Forgot your password?
No Problem