Of the all objections and letters the Texas Department of Housing and Community Affairs receives regarding low-income housing developments, the highest percentage come from Houston.

Of the all objections and letters the Texas Department of Housing and Community Affairs receives regarding low-income housing developments, the highest percentage come from Houston.

“Houston being the size it is, we get proportionately more objections,” said Gordon Andersen, senior communications advisor the department of housing.

One project currently meeting opposition is a four-story, 233-unit development being proposed by the Houston Housing Authority (HHA). The primary reason being cited publicly for opposition, the project would overcrowd a local elementary school.

It’s noteworthy that the proposed project is located in an upscale Briargrove subdivision, which sits just west of Uptown and the Galleria, near an elementary school known for its low student-to-teach ratio.

The property has caught the attention of U.S. Congressman John Culberson, who represents the 7th district of Texas and has requested that all work on the project be halted.

In a late January letter to Julian Castro, security of the Department of Housing and Urban Development, Culberson wrote “to even consider building a development that would add potentially hundreds of additional students to an overcrowded school is nothing short of a disservice to every student who is already or would be enrolled in the school.”

Culberson also claims that the HHA did no research or due diligence with the Houston Independent School District to determine what impact the project would have on the school.

A meeting will be held by the HHA on March 9th at Briargrove elementary. The authority is likely to receive an earful from parents, either because of overcrowding concerns or because they simply don’t want low-income housing in their neighborhood.

The HHA is optimistically looking to start construction on the project in November. The project’s site is the current HHA headquarters, with the authority planning to move its base of operations to a neighboring property it already owns.

Go outside of this beltway, specifically to northwest Harris County, and the distain for low-income housing is made clear.

One example is Kay Smith, who is running for state representative of District 130, which includes Cypress and Tomball. On her running website it blatantly states “Kay is committed to stop low-income housing from entering your neighborhood.” 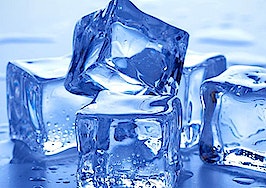 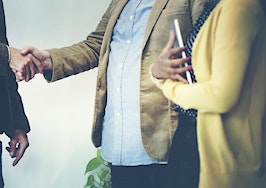 Houston and Chicago named top moving destinations by Penske
Back to top
Only 3 days left to register for Inman Connect Las Vegas before prices go up! Don't miss the premier event for real estate pros.Register Now ×
Limited Time Offer: Get 1 year of Inman Select for $199SUBSCRIBE×
Inmanpot
Log in
If you created your account with Google or Facebook
Don't have an account?
Create an Account
Forgot your password?
No Problem