Foreclosures declined 8 percent nationally between December and January, and filings are at their lowest since 2006, according to real estate data firm RealtyTrac. Although New York doesn’t hold the highest foreclosure rate in the nation — that’s reserved for New Jersey, Maryland, Florida and Delaware — the report says Empire State declared a steep rise in completed foreclosures of 263 percent year-over-year.

Daren Blomquist, Vice President of RealtyTrac, spoke on the trends in national foreclosures as compared to repossessions.

“The divergent trends in new foreclosure filings (down) and REOs (up) nationwide demonstrates that we are continuing to see cleanup of bad loans from the housing bubble, even while loans originated in the last five years are performing very well,” he said. “The good news is that we’re not seeing a new crisis emerge, but a stubbornly long tail of the old crisis continues to be a drag on the housing recovery.”

REOs in Texas increased 198 percent, followed by New Jersey with 132 percent, Georgia with 76 percent and Maryland with 72 percent.

While the state didn’t top the national ranks, New York City saw a 20 percent year-over-year increase in foreclosures. Oklahoma City had the highest increase of foreclosures at a 143 percent rise, followed by Buffalo, Louisville, Birmingham and Pittsburgh.

“The pattern in New York is slightly different from the national pattern, because we are continuing to see increases in foreclosure starts in New York, not just increases in REOs,” Blomquist said.

“This is a result of the extremely protracted foreclosure process in New York, which means that it’s taking even longer to work through the backlog of bad loans there,” he said.

These national, state and metro specific trends are indicative of what buyers can expect from the lending market this year and beyond, according to Blomquist. Fortunately for borrowers, he expects terms to soften.

“Given that loans originating since 2010, and even 2009 to an extent, are performing so well, I would expect to see some continued slow loosening of lending in 2016 as we saw in 2015, particularly with the lower insurance premium on FHA that helped trigger and surge in that loan origination volume. That certainly doesn’t mean it will be easy to get a loan, but slowly getting easier,” he said. 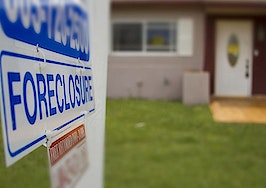 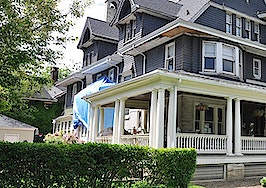 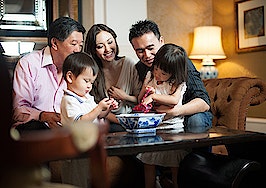 NYSAR announces strong statewide sales in January
Back to top
Only 3 days left to register for Inman Connect Las Vegas before prices go up! Don't miss the premier event for real estate pros.Register Now ×
Limited Time Offer: Get 1 year of Inman Select for $199SUBSCRIBE×
Inmanpot
Log in
If you created your account with Google or Facebook
Don't have an account?
Create an Account
Forgot your password?
No Problem