While the average rent in Queens increased less than 1 percent between January and February, a few neighborhoods stood out in particular early this year, MNS outlines in its February Market Report.

Listing inventory decreased by 0.99 percent from 1,214 units to 1,226 units in February. While not a huge jump for Queens, Long Island City and Astoria continue to dominate the number of listings throughout the borough. With 73 percent of rental market share and 14,000 in new units expected over the short term, the two neighborhoods are vital aspects of Queens’ overall growth.

“Long Island City is an incredible market — it’s a waterfront location. Hunters Point, Court Square and Queens Plaza — it depends on where you look in Long Island City. I think as more infrastructure gets built in Long Island City, more amenities, including restaurants and grocery stores, will come. It’s going to be a great family neighborhood,” CEO of MNS Andrew Barrocas said.

Long Island City held the highest prices for studios, one-bedrooms and two-bedrooms last month. The average price, in order from smallest to largest, was $2,414, $2,788 and $3,652.

Rego Park had the largest increase in year-over-year average rent at 7.9 percent, followed by Ridgewood at 6.7 percent. The Queens market matured 2.47 percent in average price since February of last year.

New expansions in Queens are expected to push forward as it tries to keep pace as an alternative to outlandishly priced rentals in Manhattan and Brooklyn.

“People are getting priced out of other markets. There’s a new housing stock that’s coming into new areas of Queens. The level of development has gotten to a point that’s competitive with the Manhattan product,” Barrocas said. “It’s more established, and better developers are building in Queens and getting a better response from the renters out there.”

Studios, rent on the rise in Queens 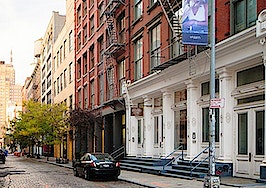 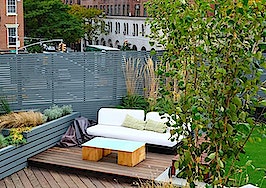 High-end rentals in NYC are steadily softening
Back to top
Inman Connect Las Vegas Memorial Day sale – 44% off exclusively for Select subscribers!Register Now To Save×
Limited Time Offer: Get 1 year of Inman Select for $199SUBSCRIBE×
Inmanpot
Log in
If you created your account with Google or Facebook
Don't have an account?
Create an Account
Forgot your password?
No Problem