Felons cannot hold federal office, work for a federal agency or enlist in the armed forces under any circumstances. But there are other areas where exceptions can be made, and the felon’s fate is left to the discretion of the profession’s ruling agency to suspend or revoke a license. Real estate is one of those professions.

Felons are barred from or have greater difficulty participating in a number of things, including voting, serving on a jury, owning firearms, traveling abroad and gaining employment in certain fields.

Felons cannot hold federal office, work for a federal agency or enlist in the armed forces under any circumstances. But there are other areas where exceptions can be made, and the felon’s fate is left to the discretion of the profession’s ruling agency to suspend or revoke a license.

Real estate is one of those professions.

Leeway in Ohio, Tennessee and Iowa?

The agents in “Raise the Bar in Real Estate” discussed this issue after member Michael McClure learned that it’s possible for felons to get a real estate license in Florida, Virginia, Texas and Pennsylvania.

Agents from across the country chimed in and shared their understanding of the laws in California, Connecticut, Louisiana, Minnesota, Montana, New Jersey, New York, Washington and Virginia.

It seems that in the majority of states, felons can become a licensed agent or broker, but they must plead their case in front of their state’s Division of Real Estate.

In the majority of states, felons can get a license, but they must plead their case.

Marcia Apple Franks, who is a real estate commissioner for Tennessee, says her state has a process similar to Ohio, in which aspiring agents with felonies can petition to have their record overlooked before the Tennessee Real Estate Commission.

“Typically, those who come before us did something stupid when they were young,” Apple Franks said. “If enough time has passed, and they have changed their lifestyle and can prove it, and have a Principal Broker who will vouch for them, they might get a second chance to become an agent.”

TN: Felons must plead their case in front of the RE commission & have a Principal Broker.

Steve Schraderbachar says in Iowa, felons must wait five years after the conviction and have satisfied all other restitution and conviction requirements to even have their application considered by the state’s commission.

Iowa: Felons must wait 5 yrs, satisfy restitution requirements before applying for RE license.

There are other states that aren’t as forgiving as Ohio, Tennessee and Iowa.

Michelle Gordon of Michigan says felons aren’t allowed to become agents under any circumstances, yet agents who become felons could keep their license for up to three years, which is when agents must have their licenses reviewed. Gordon says this “loophole” is made possible by poor communication.

Ron Zupko, a Michigan agent who chimed in on Gordon’s comment, says the “loophole” happens because the Michigan Board of Real Estate Brokers and Salespersons “does not go out and look for things like this.” Instead, they rely on agents to self-report.

Tammy Lankford added that it’s rare for a felon to get a license in her home state of Georgia. “The state website says it’s a 95-percent denial rate,” Lankford says.

In Georgia, felons who apply for a real estate license get denied 95% of the time.

Felons have slim chances in Arizona as well, since aspiring agents can’t even complete real estate school without passing a fingerprint background check by the Arizona Department of Public Safety.

“If rejected, the individual may request a hearing through the fingerprint board who will determine the severity,” says Kathy Howe of Arizona.

‘The land of second chances’

As far as personal feelings about felons becoming agents, some members thought felons should be given a chance to improve themselves through the real estate profession.

“There are plenty of people (many in this group, I promise) who experimented with drugs or have driven while intoxicated. They just didn’t get caught,” says Alicia Farrar. “However, if they had, [some] would have been charged with a felony. America is the land of second chances.”

Some agents feel felons should be given second chances to prove themselves.

Meanwhile, other agents think it’s too easy for felons, sex offenders and other criminals to get real estate licenses.

“It’s easier to get a real estate license in Pennsylvania than a cosmetology license,” said Michael Doyle.

Other agents think it’s too easy for criminals of any kind to get a #realestate license.

Each state has individual and varying laws, so it’s best to go to your state’s real estate commission to get a full understanding of the rules.

Go to ARELLO’s website to get a understanding of each state’s real estate license laws.

What’s the rule in your state? Should felons be allowed to become agents? 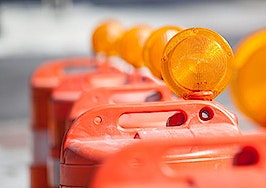 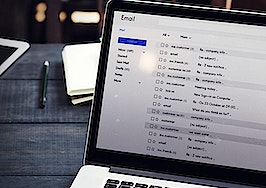 Scam steals closing money by hacking agent, escrow email
Back to top
Only 3 days left to register for Inman Connect Las Vegas before prices go up! Don't miss the premier event for real estate pros.Register Now ×
Limited Time Offer: Get 1 year of Inman Select for $199SUBSCRIBE×
Inmanpot
Log in
If you created your account with Google or Facebook
Don't have an account?
Create an Account
Forgot your password?
No Problem