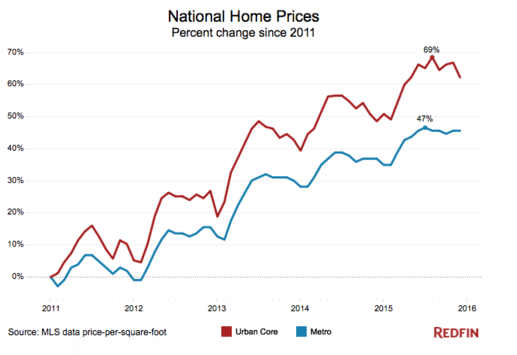 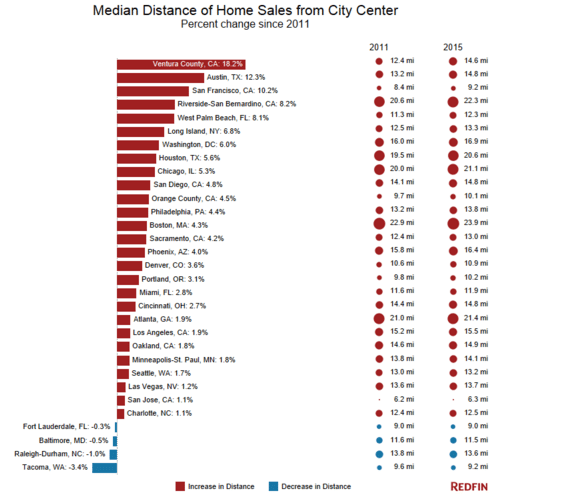 In Chicago, the median price per-square-foot of real estate in 2015 was drastically different in the metro compared with the city’s urban core.

It is 166.9 percent more expensive to buy a home in Chicago’s urban core

A big factor in this jump is that the city only saw a 1.1-mile increase in the median distance of home sales to the urban core. 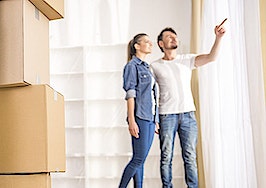 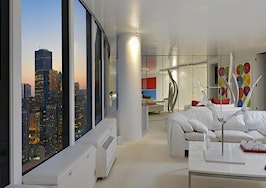 Luxury Listing: penthouse along the shores of Lake Michigan
Back to top
Only 3 days left to register for Inman Connect Las Vegas before prices go up! Don't miss the premier event for real estate pros.Register Now ×
Limited Time Offer: Get 1 year of Inman Select for $199SUBSCRIBE×
Inmanpot
Log in
If you created your account with Google or Facebook
Don't have an account?
Create an Account
Forgot your password?
No Problem