These are the hallmarks of the current housing market in the Twin Cities of Minneapolis and St. Paul. In the Twin Cities sales are climbing, prices are rising, but inventory is short, experts claim.

Ryan O’Neill, broker associate of Re/Max Advantage Plus in Bloomington, Minnesota, said an improving economy, a lower jobless rate and rising equity have propelled the Twin Cities housing market from a buyer’s market to a seller’s market.

“Currently in 2016, inventory is a big issue in most price ranges in the Twin Cities,” said O’Neill, who manages a team of 100 agents known locally as the Minnesota Real Estate Team.

“Because inventory is tight, we are seeing multiple offers coming back again.”

O’Neill said the lack of inventory is slowly pushing up sales prices. But he said the recovery is uneven, with some areas seeing fast appreciation, while others languishing.

“Many areas of the Twin Cities prices are not back to 2005 levels,” said O’Neill, a top producing broker whose team of agents sold 1,426 homes last year, generating $323 million in sales.

A shortage of listing in Twin Cities has sellers in control. At the peak of the housing market in 2007, more than 34,000 properties were listed for sale in the metro area; today, less than 11,000 active listings are available as of February, down 22 percent from the 12,936 active listings in January, according to Minneapolis Area Association of Realtors (MAAR).

New listings aren’t keeping pace with buyer demand, creating fierce completion in many Twin City neighborhoods as buyers try to outbid each other for a dwindling supply.

Sales and prices up, but inventory down

“If February is any indication, this spring is shaping up to be everything that spring markets should be,” said Mike Hoffman, president of MAAR. “The fact that we’re seeing large gains in buyer and seller activity mostly driven by traditional properties bodes quite well for consumer confidence at a critical time.” 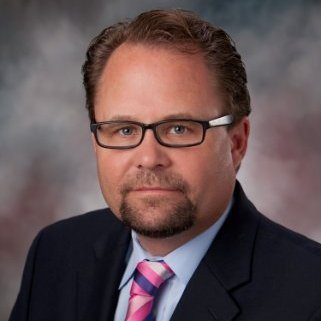 Bruce McAlpin, broker at Edina Realty in Monticello, Minnesota, is bullish about Minneapolis-St. Paul real estate market because of the robust economy, housing affordability and strong demand for housing.

“Our market is pretty solid,” said McAlpin, whose team closed on 118 transactions last year, generating $22 million in sales. “I’m very optimistic about our market. Our only issue is lack of inventory. Our first-tier suburbs are extremely hot. First-tier suburbs like Plymouth, Maple Grove and Woodbury are very popular areas where buyers want to live.”

McAlpin said houses located in first-tier suburbs were mostly built during the postwar boom of the 1940s and ’50s. The Chain of Lakes district — which covers five city lakes threaded by more than 13 miles of pedestrian paths — is popular area with for first-tier suburban buyers.

Minneapolis is a largely white-collar town, where jobs are plentiful because it is home to some of the nation’s biggest corporations, including 19 Fortune 500 companies like Best Buy, 3M, Target, Hormel Foods, UnitedHealth Group and General Mills, which was acquired by its rival Pillsbury in 1988.

The region also has the one of lowest unemployment rates in the nation. The Minneapolis-St. Paul metro has a 3.9 percent unemployment rate, the second best among large metro areas, according to the Bureau of Labor Statistics.

Nowhere is the strength of the Twins Cities economy more apparent than the North Loop of Minneapolis, the neighborhood west of downtown Minneapolis and near the Warehouse District between Target Field and the Mississippi River that is becoming the city’s epicenter of art and commerce.

Nestled along the Mississippi River within walking distance from the Warehouse District, the neighborhood was once home to bustling red-bricked warehouses, factories, railroad yards and mills. During the 1960s and ’70s, the area fell dormant.

Nightmare on Main Street
Back to top
Only 3 days left to register for Inman Connect Las Vegas before prices go up! Don't miss the premier event for real estate pros.Register Now ×
Limited Time Offer: Get 1 year of Inman Select for $199SUBSCRIBE×
Inmanpot
Log in
If you created your account with Google or Facebook
Don't have an account?
Create an Account
Forgot your password?
No Problem