by Gerry Gabon
Share this article
You successfully shared the article.
Close

There have been many reports about increasing home prices lately; here’s my take from North of the border. In Toronto, the average house value for a single-family detached home is about $1.1 million. An average house price for a semi-detached home, one of two homes that share a common wall, is about $660,000.

There have been many reports about increasing home prices lately; here’s my take from North of the border.

In Toronto, the average house value for a single detached home is $1.1 million

Toronto also has bidding wars. A single home that could be sold for $1.1 million will be listed on the MLS at $800,000 on a Friday morning, with no offers until Tuesday evening.

On Tuesday night, there will be 20 to 30 real estate agents sitting in cars on the street, with two cell phones each, connected to the seller’s agent and their own buyer. After the first round of offers and many phone calls, the top four will be asked to resubmit a price with their “no conditions” best and final offers.

In the Toronto area, land transfer tax (LTT) must be paid, and this is 8 percent of the final selling price. And all related services are taxed at 13 percent with “harmonized sales tax” (HST).

A second scenario is from  the suburbs outside of Toronto, where the LTT is 4 percent.

The fourth bid was via an agent who advised his clients to pay the most they thought they could afford to own the property; the house closed at $649,000. The winning bid was 23 percent over the listing price and just shy of $100,000 more than the closest bidder.

The numbers “649” are a brand in Canada and known for lotteries, where you pick 6 unique numbers from a set of 49. The couple who paid $649,000 said they felt getting the home was like winning the lottery, as they had lost out on many bidding wars previously.

Yes, house prices are going up, especially in prime areas. And real estate agents have many pricing strategies to implement — especially for “hot” properties.

Real estate agents have many pricing strategies to implement, especially for ‘hot’ properties. 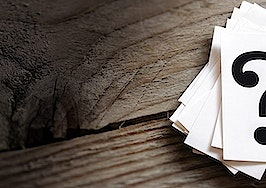 'How much' vs. 'by when' -- which market question is most important? 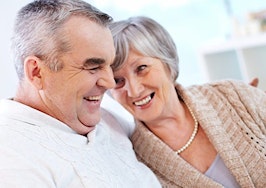 When cash-poor buys from house-rich

Who will be hurt when the Fed raises rates?
Back to top
Only 3 days left to register for Inman Connect Las Vegas before prices go up! Don't miss the premier event for real estate pros.Register Now ×
Limited Time Offer: Get 1 year of Inman Select for $199SUBSCRIBE×
Inmanpot
Log in
If you created your account with Google or Facebook
Don't have an account?
Create an Account
Forgot your password?
No Problem