At the National Association of Realtors midyear conference in May, MLS CEO Shelley Specchio stood up in a crowd of hundreds of fellow MLS executives and announced that one of her members had filed a charge of disability discrimination against her multiple listing service, Northern Nevada Regional MLS. Specchio spoke during a session on website compliance with the Americans with Disabilities Act. “I wanted to say that out loud so that everyone takes this very seriously,” Specchio said at the time.

At the National Association of Realtors midyear conference in May, MLS CEO Shelley Specchio stood up in a crowd of hundreds of fellow MLS executives and announced that one of her members had filed a charge of disability discrimination against her multiple listing service, Northern Nevada Regional MLS.

Specchio spoke during a session on website compliance with the Americans with Disabilities Act.

“I wanted to say that out loud so that everyone takes this very seriously,” Specchio said at the time.

The ADA was enacted in 1990 to prohibit discrimination and ensure equal opportunity for people with disabilities in employment, state and local government services, public accommodations, commercial facilities, and transportation, according to the ADA website.

‘Hundreds of lawsuits’ have already been filed

The ADA is often thought of as something that applies only to physical spaces, but it is likely only a matter of time before the Department of Justice mandates accessibility online, NAR associate counsel Lesley Walker wrote in a blog post.

Because the ADA predates the widespread use of the internet, the law is silent on whether websites need to be accessible, she said. Courts are split on the issue, but the DOJ has taken the position that the ADA applies to websites of public accommodations, including businesses.

To NAR’s knowledge, none have yet been filed against real estate businesses for website accessibility, NAR told Inman via email.

But Walker emphasized that real estate firms are nonetheless at risk of being sued — and not just big ones. “Individual real estate agents are also subject to the same threat,” Walker told conference attendees.

NAR: Real estate agents at risk of lawsuits over website accessibility for people with disabilities

The DOJ has said it won’t issue a final rule on website accessibility until 2018, and NAR is deciding whether or not to submit a comment letter to the DOJ by an August 2016 deadline, she said.

Walker discusses website accessibility in a “Window to the Law” video:

Not just a problem for vendors

In the meantime, there are some steps agents, brokers, associations and MLSs can take to try to avoid becoming the next real estate test case.

And don’t think it’s just your website or mobile app vendor’s problem. Both you and the vendor could be responsible for accessibility, she added.

“Look at your contracts to see whether you have any indemnifications. Both could be subject to these litigation threats,” she said.

For images, for example, the “alt tag” should be filled in to tell vision-impaired people what the image is about. Other non-text content should have text alternatives as well.

When asked how detailed alt tags should be, NAR spokeswoman Sara Wiskerchen said via email that, in general, an alt tag should describe the photo “with some particularity.”

The first description “is unhelpful in making the particular image accessible to a vision-impaired user,” she said.

Another consideration is that the user’s adaptive software — speech recognition software, for example — should be able to interact with your website to make it accessible, Walker said.

“We want to serve a lot of people,” he said.

Walker outlined steps real estate pros can take to get ahead of this issue:

Giving disabled users the ability to give feedback “would go a long way to avoiding an individual contacting a lawyer about accessibility issues,” she said.

For an example of a compliant website, try edx.org, Walker said.

EdX was the subject of an April 2015 settlement with the DOJ in which the nonprofit agreed to make its website, mobile apps and platform ADA-accessible. The settlement agreement spelled out which steps EdX would take to achieve that goal.

In April, a member of Northern Nevada Regional MLS filed a charge of disability discrimination against the MLS with the Nevada Equal Rights Commission.

The MLS and the member will attend an informal resolution conference in early August, Specchio told Inman via email. There will be no investigation from the state unless the conference fails to produce a resolution, she said.

Citing advice of counsel, Specchio declined to give specifics of the member’s complaint while the conference is still pending.

When the complaint was filed, NNRMLS had already been attempting to accommodate an earlier accessibility request with its vendor, Black Knight Financial Services, which provides NNRMLS’s Paragon MLS platform, Specchio said.

“NNRMLS has brought accessibility issues to the attention of all of our vendors including Black Knight Financial Services and Instanet,” she said.

“They have all been good partners, taking the concerns into account and working to improve access for individuals with disabilities.”

In tests conducted since the complaint was filed, NNRMLS has found that Dragon Dictation, a speech recognition tool, can function with both Paragon and Instanet, a transaction management platform.

“We were able to create a template and a transaction within Instanet and also input a listing into Paragon via drop-down menus and other functionality with the Dragon Dictation software,” Specchio said.

“While it is my understanding that the specifications for the technology that will be required by website providers has not yet been identified by DOJ or ERC, we know this one specific functionality does work.”

When asked whether she had any advice for other MLS providers, Specchio said, “It is the goal and intention of NNRMLS to serve all of our members in the best possible way.

“As an MLS industry, we need to stay aware of how our legacy systems keep pace with other technology. It is our hope that developers within the industry will look at how their products will integrate with accessibility software within existing and new systems.

“We hope that by sharing information about our experience we are helping other MLSs to be in a position to quickly respond to the needs of their members.” 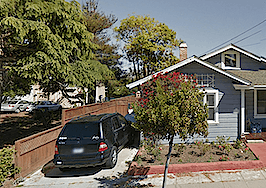