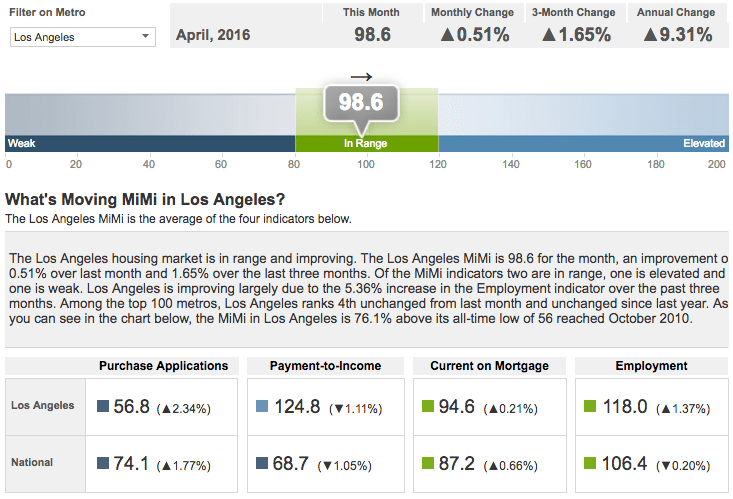 The Los Angeles market is quite comfortable, according to Freddie Mac, which considered it in range at 98.6 and improving in three out of four indicators. Purchase applications are up 2.34 percent month-over-month, but still situated in the weak category because of the 56.8 rating. PTI is down to 124.8, which is considered elevated, but dropped 1.11 percent. Those that are current on mortgages increased 0.21 percent to 94.6 (in range), and employment is up 1.37 percent to 118 and nearing elevated status.

LA home prices bracing for a strong year ahead