Despite the all-cash disclosure rules active between March and September 2016 in Miami, the National Association of Realtors says Florida remained one of the biggest international buyer destinations over the last year.

Despite the all-cash disclosure rules active between March and September 2016 in Miami, the National Association of Realtors says Florida remained one of the biggest international buyer destinations over the last year.

Out of the $102.6 billion in U.S. purchases from foreign buyers between April 2015 and March 2016, Florida held 22 percent of transactions, according to the NAR Research Department.

California came in second with 15 percent of purchases, and Texas sat at third with 10 percent. Arizona and New York tied for fifth, with 4 percent of international buyers each. 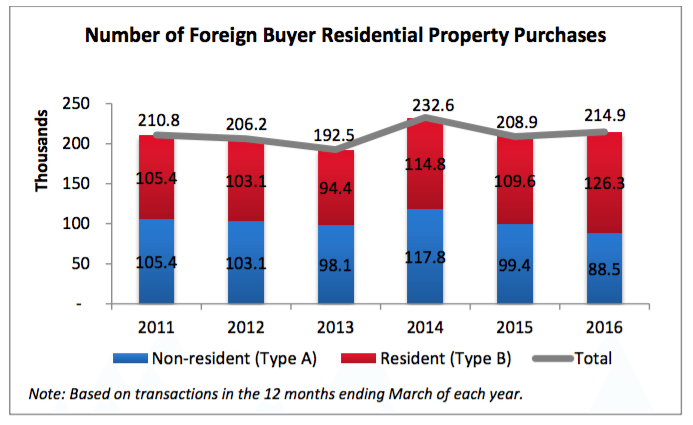 Although volume dropped from the previous 12-month period, down from $103.9 billion to $102.6 billion, the number of international purchases increased 3 percent, NAR says. Foreign buyers scooped up 214,885 properties in the last year, compared to 208,947 the year prior. 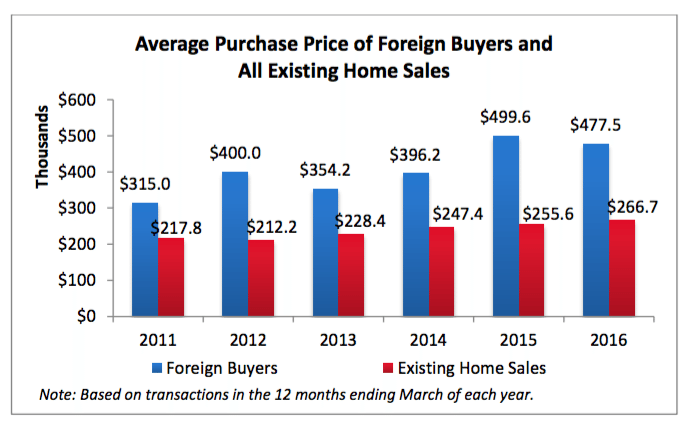 International buyers – both resident and nonresident – tended to purchase pricier homes, according to the data. The median for foreign-buyer purchases was $277,380 versus the median price of $223,058 on all U.S. existing home sales.

The majority of resident foreign buyers were from China, India and Mexico. International investments from non-residents stemmed mostly from Canada and the UK.

NAR says various factors sway international buyers from one state to the next. Proximity to home country, relatives and friends, job opportunities and climate are just a few situations which might persuade a foreign-born homebuyer.

Florida, for the most part, attracted buyers from Latin America, Europe and Canada looking for vacation homes in warm climates.

“Florida was also the top destination for international homebuyers from the United Kingdom and Canada [and] large buyer groups who like to purchase vacation homes in warmer climates,” Judy Ramella, president of the Realtors Association of the Palm Beaches, said in a statement. 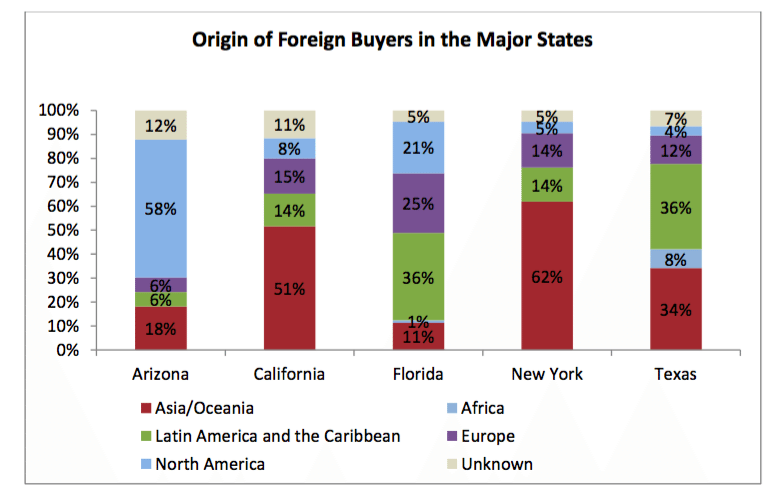 Thirty-seven percent of Canadian buyers chose Florida — the highest share of all U.S. states. The next majority fell to Arizona (19 percent), which also falls in line with Canadian buyers purchasing homes in resort destinations.

The outlook for short-term rentals was rosy. Will Ukraine change that?
Back to top
Only 3 days left to register for Inman Connect Las Vegas before prices go up! Don't miss the premier event for real estate pros.Register Now ×
Limited Time Offer: Get 1 year of Inman Select for $199SUBSCRIBE×
Inmanpot
Log in
If you created your account with Google or Facebook
Don't have an account?
Create an Account
Forgot your password?
No Problem