For couples buying a home together — especially those in which each partner is pursuing his or her own career — how much each person contributes to the down payment can involve accommodating finances for each person or simply splitting the total straight down the middle.

What do most couples do? New research from NerdWallet indicates that nearly half (41 percent) of couples who bought homes together split the down payment down the middle.

The survey (conducted by Harris Poll) interviewed more than 2,000 adults, ages 18 and older, to ask about how homeowners sourced their down payments.

Most homeowners who took the survey (60 percent) weren’t sure how much money they individually saved on a monthly basis, which NerdWallet said “might suggest a lack of budgeting and planning” in its press release.

On average, NerdWallet said that consumers who recalled how much they saved for a down payment saved $1,078.50 each month toward their down payment.

“In addition to saving for a down payment, another substantial hurdle that homebuyers have to overcome is the lack of affordability,” wrote NerdWallet in its press release about the study.

“Homebuyers should work closely with their real estate agent to find properties that aren’t at the top of their budget to keep affordability in check,” said Chris Ling, mortgage manager for NerdWallet, in a press release. “Also, working on a consistent savings plan for a down payment and closing costs, as well as addressing any outstanding credit issues, will increase homebuyers’ chances of qualifying for better mortgage rates.”

What fears are involved in buying?

About 7 in 10 respondents (71 percent) said they had fears about buying a home. Those fears included:

Among millennials, fear of commitment to a partner (as represented by homeownership) jumped to 20 percent. About 34 percent of millennial men expressed this fear, compared with 10 percent of women.

NerdWallet offered these tips for anyone thinking of buying a home:

Among the survey respondents, 1,295 currently own a home and 880 bought their current home with a spouse or partner. 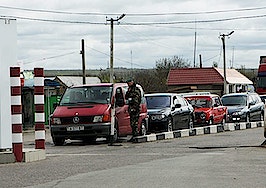 How to master the big 3 content marketing traffic drivers

Markets where mortgage preapproval matters most 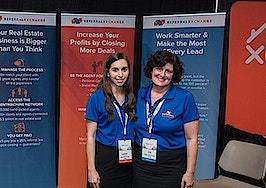