The Federal Aviation Administration (FAA) laid out new regulations for drone usage back in June that went into effect August 26. But who was actually following the rules, anyway? The new regulations make drone flight much easier for the entry-level pilot.

The Federal Aviation Administration (FAA) laid out new regulations for drone usage back in June that went into effect August 26.

But who was actually following the rules, anyway?

The new regulations make drone flight much easier for the entry-level pilot.

Shortly after the new regulations were announced in June, the FAA shut down the section 333 waiver portal on its website.

“This regulatory landscape creates a much clearer pathway for the use of drones in real estate, and eliminating the requirement that drone operators hold a pilot’s license makes it all that much more accessible to potential operators.”

How to legally fly your drone

First, you must be 16 years old to operate a unmanned aerial vehicle (UAV). You must also pass the aeronautical knowledge test at an FAA-approved knowledge testing center.

You must also be able to read, speak, write and understand English, although exceptions are made you are unable to meet one of these requirements based on medical reasons. Then you must complete the FAA form 8710-13 for a remote pilot certificate.

The new regulations are in place for small UAVs — those weighing less than 55 pounds. This includes situations where the pilot is transporting property for compensation (for example, Amazon drone delivery service, Domino’s pizza drone delivery, etc.).

“Moving forward, we’re looking ahead to a rule-making specifically for the ‘micro’ category of small drones that are commonly used for real estate purposes. That’s something we’d like to see happen and we’re regularly in touch with the FAA about ways we can further improve the process for safe, responsible operators,” Salomone said.

You still need to register your drone, but you can fly freely

Under part 107, the FAA’s summary of rules for small unmanned aircrafts, it is written that you may not fly at night.

There is an exception for 30 minutes prior to sunrise and the 30 minutes following sunset.

But even with all these regulations, the FAA still wields the power to waive the rules.

If, for example, the best shot of a building is at night, then you may apply for the waiver through the FAA online portal.

You must also have a remote pilot to act as a spotter for the drone. A visual line of sight must always be maintained between the pilot and the UAV. (The National Association of Realtors argued against this regulation to help accommodate aerial photography for tall buildings.)

You may not fly your UAV higher than 400 feet. You may also not fly faster than 100 mph.

You may not fly over crowds of people (for example, at sporting events, community festivals or other gatherings).

Some safety tips for drone photos and video

Before each flight, be sure to do a full check-up on your drone and surroundings:

Some tips for great aerial photography and video

Once you get over the initial joy of piloting a drone (the joy is fleeting as the fear of crashing becomes more real), the next step is mastery of shots.

Here are some things to keep in mind when shooting your property: 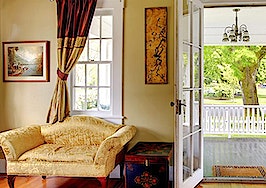 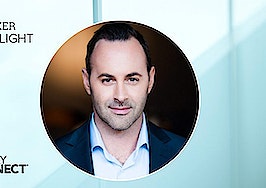 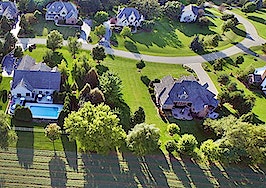 10 tips before entering the drone zone