What has been termed the “Great Recession” changed how many people thought about homeownership, and trend watchers have wondered what exactly is keeping millennials out of the housing market as they mature.

Is it student loans, job insecurity, changing tastes, underemployment, a lack of confidence or something else?

A recent study showed that more millennials live at home with their parents now than they have in decades. Even as the economy has recovered, young-adult homeownership has not risen with it. In hot markets, a lot of this has to do with the paucity of affordable starter homes available, but this may not be the only factors at play.

A new report sponsored by Fannie Mae and conducted by researchers at the University of Southern California looks at a variety of factors, exploring the effects of young adults’ race, education, income and wealth on homeownership attainment in the pre- and post-recession periods.

The research was done to see not just how people’s finances have changed but also what other factors may have played a role and if there was a difference between life before and after the recession.

As is to be expected, income, wealth and family status combined with the local housing conditions play a strong role in whether or not a young adult is more likely to obtain homeownership. Those are societal constants.

Married households and those with children present are substantially more likely to be homeowners in both the pre- and post-recession time periods, which also makes sense.

However the study did point out two key changes in the two periods analyzed: the role of education and the relevance of parental homeownership.

Having a bachelor’s degree is associated with an increased likelihood of homeownership of 9 percentage points in the post-recession period, but the association is about half as large and only statistically significant at the 10 percent level in the pre-recession period.

The authors of the report have some interesting theories as to why this might be the case:

Another factor that may correlate with education is parental economic resources. Those who had parental support in their education may be more likely have assistance with the downpayment.

The writers of the report indicated that the role of education is something they wish to do increasing research on to determine the relationship between education and homeownership.

The study found that the relative cost of owning compared to renting (value-to-rent ratio) is negatively associated with the likelihood of homeownership.

If there are more owners in the area, millennials are more likely to own as well.

There was no association found between children’s homeownership and the prevailing rate in the area where their parents live. In the pre-recession period, parental homeownership is positively associated with their children’s likelihood of homeownership, but that’s not the case after the recession.

Could it be that after the recession, parents who were themselves homeowners and saw their equity diminish were less likely to encourage their young-adult children to be homeowners?

It could also be that during the housing boom, parents may have been more likely to use their accumulated home equity in this period to assist their children’s purchases.

What this means is that policies to make sure everyone gets a fair shot at an affordable education, especially those in groups experiencing past disparities, may be as important to the housing economy as they are to the economy as a whole. 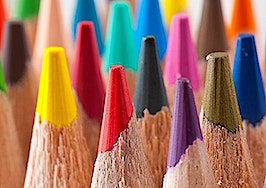 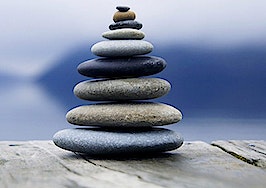 Home equity continues to strengthen, but at a slower pace