Led by double-digit appreciation in Nevada, Washington, and Utah, home prices soared 7 percent year-over-year in October and are on track to rise another 4.2 percent next year, according to a new state-by-state property analysis released Tuesday by CoreLogic.

The analysis, however, also signals a grim possibility: Of the country’s 100 largest metropolitan markets, 37 are plagued with housing stock determined to be “overvalued” by economists at the California-based property analytics company—a likely sign of a bubble. When looking at the top 50 metro markets, half are overvalued, according to CoreLogic. 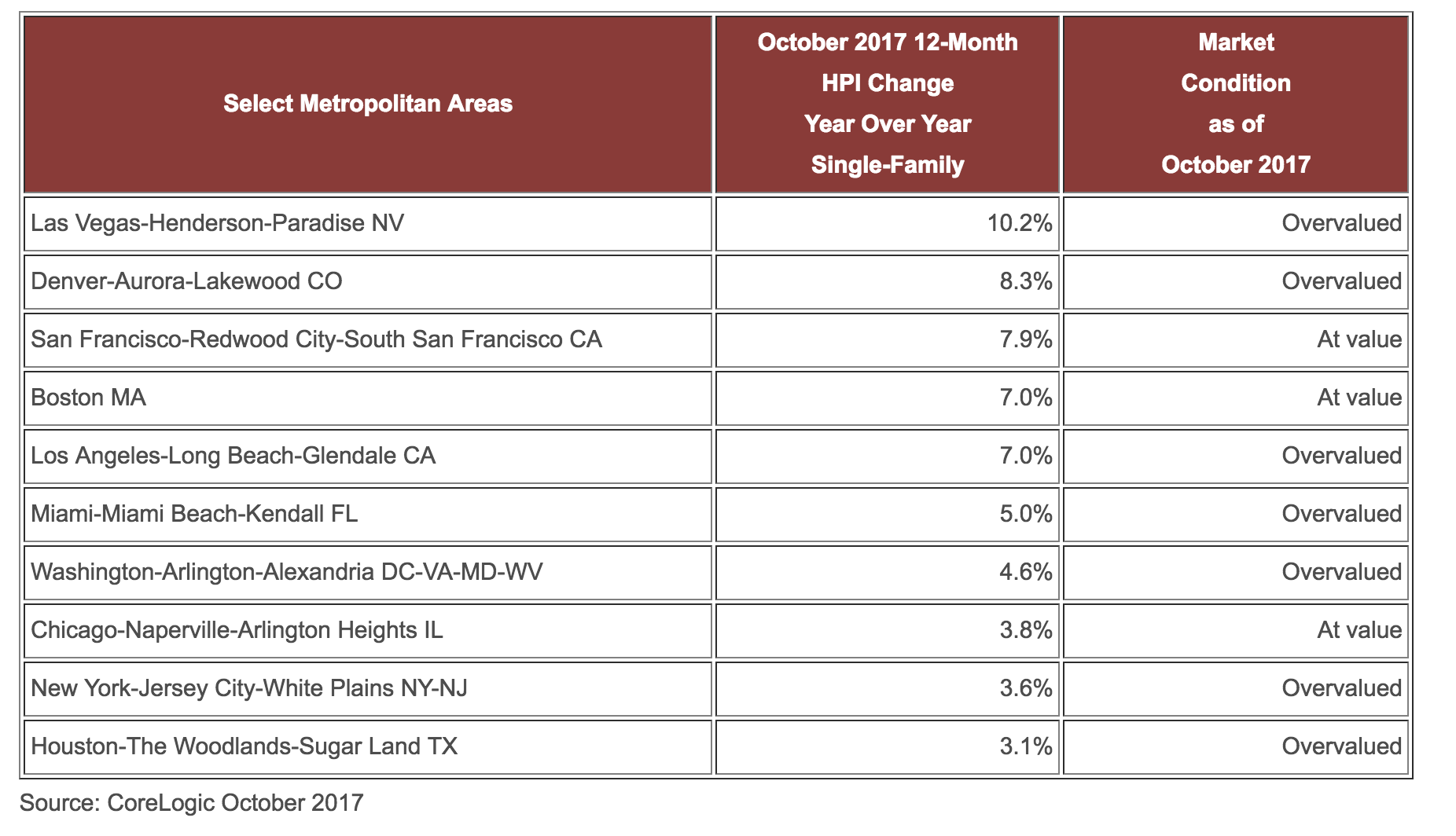 “Single-family residential sales and prices continued to heat up in October,” said Dr. Frank Nothaft, chief economist at CoreLogic, in a prepared statement issued Tuesday. “On a year-over-year basis, home prices grew in excess of 6 percent for four consecutive months ending in October, the longest such streak since June 2014. This escalation in home prices reflects both the acute lack of supply and the strengthening economy.”

Single-family homes in Las Vegas and the surrounding suburbs of Henderson and Paradise, where Zillow has median home values standing at $235,000, increased 10.2 percent year-over-year, according to CoreLogic’s analysis, which categorizes home prices in individual markets by comparing current pricing to long-run, sustainable levels supported by market fundamentals.

In a separate analysis released last month by Zillow, Las Vegas was named as the third-fastest growing metropolitan market in terms of home values, just behind Seattle and San Jose.

“The acceleration in home prices is good news for both homeowners and the economy because it leads to higher home equity balances that support consumer spending and is a cushion against mortgage risk,” said CoreLogic CEO Frank Martell. “However, for entry-level renters and first-time homebuyers, it leads to tougher affordability challenges.” 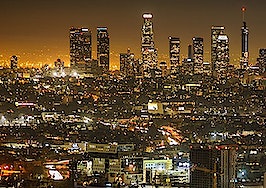