NEW YORK — Even though the 100 percent commission model is far from new, it’s still considered an alternative form of brokerage, often looked upon by stalwarts with overt disdain.

NEW YORK — Even though the 100 percent commission model is far from new, it’s still considered an alternative form of brokerage, often looked upon by stalwarts with overt disdain.

It’s still a battle of old school versus new school. And that battle was once again made public, this time at Inman Connect New York’s Agent Connect track. Both sides earned applause several times, suggesting that the debate over which model is best for a brokerage will need at least a few more Connect events to sort out.

Forsythe was invited to open the talk, and after some introductory points, hit her stride.

“We let them [our agents] maintain control of that 20, 30, 40 percent that they can invest in their business, invest in their lives the way they choose, and we give them the same or better level support of a traditional model.”

Most 100 percent commission models are designed to make it simple for brokers to run their business. These models can eliminate complicated payouts at closing, avoid the hassles of negotiating with agents at different levels of production, and attract younger, more tech-savvy agents.

In exchange for the flat-fee structure, agents are provided with various forms of support, such as training and technology. Still, agents have to produce in order to reduce their fee-to-commission ratio.

Berkin used practical numbers to explain the benefit of her company’s model.

Malin isn’t confident that all agents will spend enough of those earnings on the appropriate marketing and sales efforts.

“We feel we’re in partnership with our agents,” he explained. “I’m going to make financial investments that benefit my company and benefit my agents. I don’t believe firms like these [100 percent models] are going to spend $1 million dollars to do something that will revolutionize their business if there’s no more return on investment, where I would.”

And that’s when things got lively.

Recruiting and retention was debated, as it always is when this conversation erupts on a stage at an industry conference. Each side was unwilling to acquiesce that the other’s approach to business was more attractive to top producers.

The word “archaic” was eventually lobbed in Malin’s direction, and he handled it magnanimously at the start. “You have to choose the model that’s best suited for you,” he said.

He continued down the path of listing the resources his company provides, only to be matched by his fellow panel members when they ticked off a similar menu of services.

Obviously, the debate wasn’t settled in the allotted 20 minutes, nor should it have been.

The health of the industry relies on providing agents with a number of strategies through which they can serve buyers and sellers.

While these discussions won’t result in an industry-wide standard, they do serve to stimulate discussion and fertilize new ideas, which is precisely the primary objective of Inman Connect. 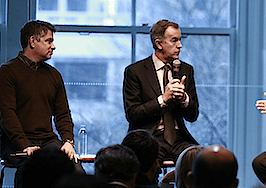 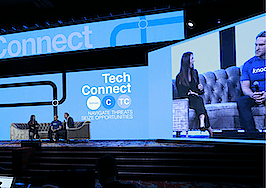 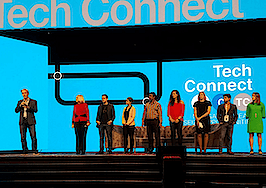 Tech Connect: 9 startups to watch out for this year 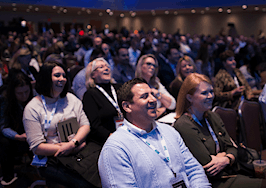 ICNY 18 day 2 recap: All of our Tuesday coverage