Buyers in the Golden State are placing their bets on Las Vegas as they search for a cheaper cost of living and more affordable home prices, according to Trulia’s latest study. 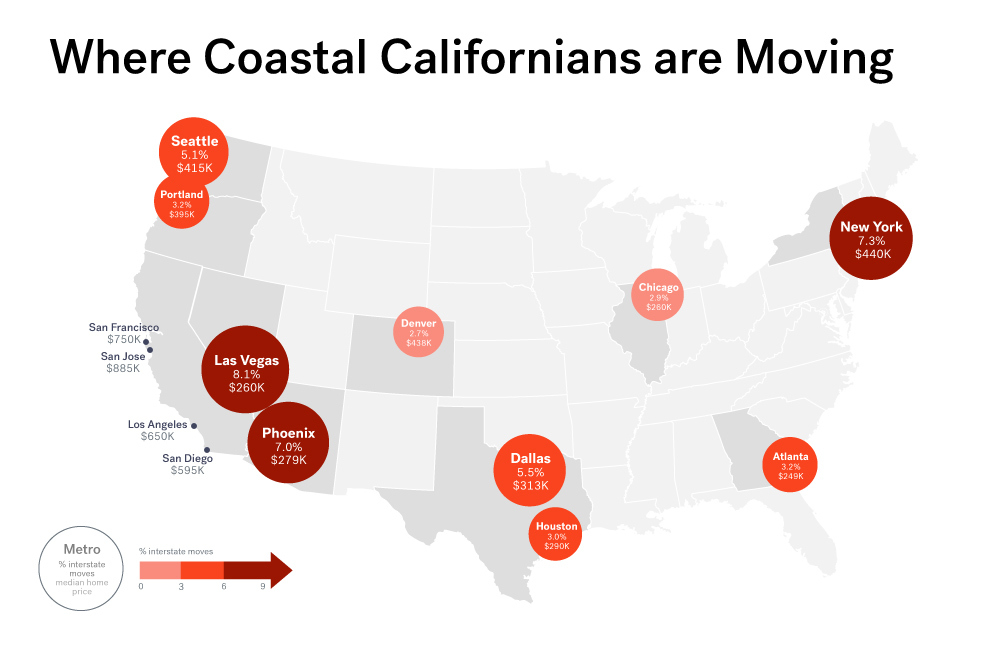 In the upcoming year, Trulia senior economist Cheryl Young says real estate professionals in Tucson and Miami should keep an open eye for a steady trickle of buyers from San Francisco, San Jose, Los Angeles and San Diego. Even though these two metros failed to make the top 10 destinations list, they were some of the most searched areas on Trulia’s site.

“If searches are an indicator of where people tend to go after leaving pricey California markets, then we should keep an eye on Tucson, Arizona, which breaks into the top 10 in terms of search rank in the first half of 2017,” Young said.

“Tucson, like Miami, however, represents a market that is attractive to retirees so searches may take longer to yield actual moves and may not show up in the migration data used in this report.”

In San Francisco, San Jose and Los Angeles, there are more searches for people looking to leave the city than move in, but Young said that’s not necessarily a cause for alarm.

“While this could mean people are looking to leave, a steady number of people are still looking in and keeping that ratio fairly constant,” she said. “With the net number of inbound to outbound searches remaining relatively steady, high-cost living in California is likely not going anywhere soon.”

Migration data in this report comes from the Longitudinal Employer-Household Dynamics (LEHD) origin and destination job characteristics data from the U.S. Census Bureau. This report focuses on the most recently released data, covering the first quarter of 2017. While this means that the data captures job-to-job moves specifically and may not capture the full picture of migration (e.g. those not in the workforce such as recent graduates and retirees) it spotlights moves that are economically motivated. We feel this is an adequate proxy for general migration trends.

Trulia listing prices are from March 2017 to reflect prices when people moved in the LEHD data, and search data covers the period from January 2016 to April 2018. Inbound searches are defined by searches to the metro of interest and outbound searches are defined by searches from the metro of interest. Searches include views of both for-sale and rental properties on Trulia. 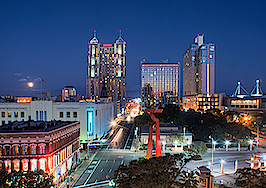 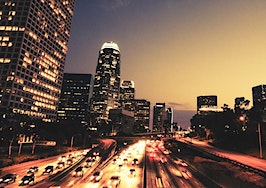 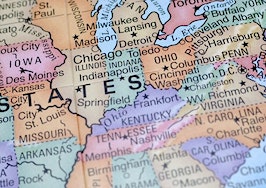