Annual home price growth was 6 percent in July, according to the latest S&P CoreLogic Case-Shiller National Home Price NSA Index, released Tuesday. While that would seem to bode well for homeowners, annual appreciation actually was higher the month before, at 6.2 percent. That means price growth is indeed slowing, as observed yesterday by Redfin.

S&P Dow Jones Indices Managing Editor and Chairman of the Index Committee, David M. Blitzer says the slowdown can be seen across the country, as sales of single-family homes have dwindled over the past year. Despite a gain in housing starts, housing affordability has continued to decline, he said. 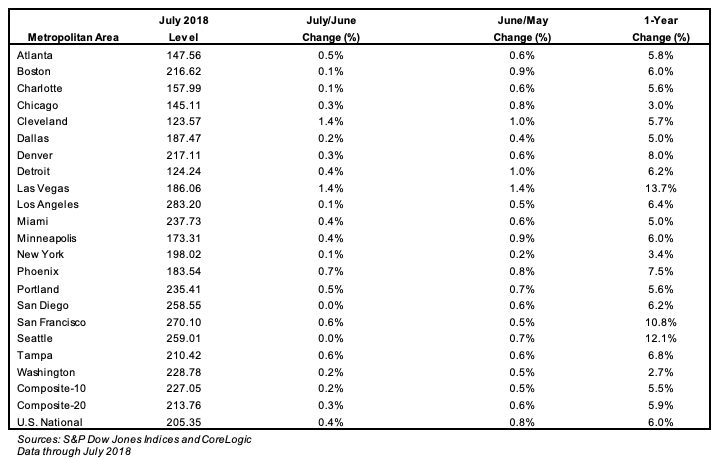 “Rising home prices are beginning to catch up with housing,” said Blitzer in a prepared statement. “Year-over-year gains and monthly seasonally adjusted increases both slowed in July for the S&P Corelogic Case-Shiller National Index and the 10 and 20-City Composite indices.”

“The slowing is widespread: 15 of 20 cities saw smaller monthly increases in July 2018 than in July 2017,” he added. “Sales of existing single-family homes have dropped each month for the last six months and are now at the level of July 2016.”

“Since home prices bottomed in 2012, 12 of the 20 cities tracked by the S&P Corelogic Case-Shiller indices have reached new highs before adjusting for inflation,” Blitzer concluded. “The eight that remain underwater include the four cities which led the home price boom: Las Vegas, Miami, Phoenix and Tampa. ”

“All are enjoying rising prices, especially Las Vegas which currently has the largest year-over-year increases of all 20 cities,” he said. “The other cities where prices are still not over their earlier peaks are Washington DC, Chicago, New York and Atlanta.”

Is the next housing market downturn on the horizon?

No shock: home prices up yet again in latest Case-Shiller Index 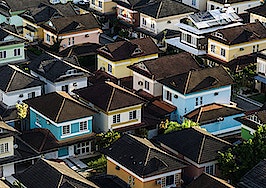 Does rising housing inventory signal the beginning of a buyer’s market?