The perceived headwinds in the housing market aren’t the rising interest rates or supply and demand — they are our politicians. Everything starts with perception, and politicians have encouraged the fear that has crept into our mindset. Here’s what Washington has done to our industry and why we will survive it.

A few months ago, The Wall Street Journal published an article titled “The U.S. housing market boom is coming to an end, starting in Dallas.” And yes, we have all heard about the rising interest rates, and housing prices are to blame.

There is another factor that is hurting the housing market that has not been focused on — and that is Washington, D.C. Our nation’s leaders are elected to solve, not create, problems. Yet, on a bipartisan basis, daily we see manifestations of their self-serving vitriol.

Given their irresponsible remarks, it’s understandable that the public should be overly cautious, even to the point of imprudence, in their financial affairs when their representatives sound as if our republic’s survival is continuously at risk.

They have created a mental recession based on fear, and the housing market is the recipient of their behavior.

Those of us in the trenches get first-hand reactions from potential buyers. With consumer confidence at an all-time high, why the hesitation? This is a mental recession, one that is being created because of the dysfunction in Washington, D.C.

Allow me to be blunt: The perceived headwinds in the housing market aren’t the rising interest rates or supply and demand — they are our politicians. When the Democrats scream “Impeach Trump!” the Republicans respond with accusations, lies and hypocrisy. Hearing this over and over has allowed uncertainty to set up shop in America’s psyche.

Americans are acting as if they are afraid, and that fear is emotionally paralyzing. We are dominated by emotions, and those emotions determine the market. We have all known that the Fed’s quantitative easing was going to stop, and the cheap money would come to an end. Washington blaming the housing recession on this is like blaming McDonald’s for being overweight.

It’s all about perception

Everything starts with perception. Politicians are rewarded with headlines when they act as verbal flamethrowers. Accordingly, fear has crept into our mindset. Although there are no indicators pointing to an economic slowdown, the public is acting as if the existing robust economy should be suspect. Optimism is the secret to selling, and like common sense, it has left the building.

Unfortunately, Washington, D.C., is in the remedial learning group, and over the next few years, the threatening and flame throwing is going to get worse. Even more, unfortunately, these political flamethrowers are insulated from what their words are doing to our economy — especially the housing market.

On a positive note, we are beginning to understand the phenomenon of perceiving market drops like the one in 2008 not as a disaster, but as a cycle with opportunities built in. We are becoming accustomed to seeing the housing market act like the stock market. The first time the Dow dropped 300 points, it was headline news.

Now, we don’t throw up our hands in despair when we see swings. We don’t see them as devastating crashes any longer. We’re seeing our economy — including the housing market — behave like the commodities market (just not as severe): rallying and dropping based on supply and demand.

Sure, many of us are disgusted with the behavior in Washington, D.C., but wait six to eight months, when the dust begins to settle and we become accustomed to the name-calling, accusations, probes, investigations and flame-throwing.

We forget how shocked we once were over announcements of a new round of political shenanigans. Just as Washington, D.C., rhetoric rumbles, rises and dies down, so does the volatility of the stock market, commodities market and the housing market.

We are learning from our new norm, accepting it and acting on it. Washington, D.C.’s behavior is not the downfall of our economy. That’s why I feel confident that the current housing slump will be past history — sooner than expected, I predict. And the folks who bought homes in 2019 will be bragging about it in 2022. Not only will they profit from their buys, but they’ll also be looked upon as the smartest people in real estate.

So what’s the reality surrounding the real estate market? This is a great time to buy a home. Sell on optimism, and buy on pessimism!

Sissy Lappin is owner of Lappin Properties and co-founder of ListingDoor; you can follow her on LinkedIn or Facebook. 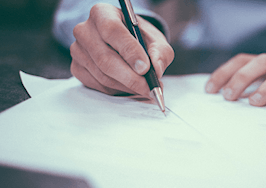 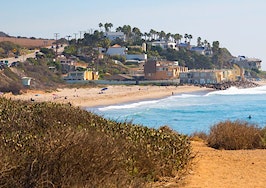 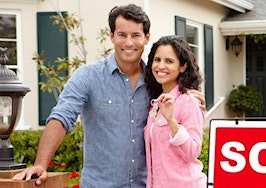