This article has been reposted with permission from Rob Hahn

So I just had an exchange on Facebook with my good friend, James Dwiggins, the CEO of NextHome. He’s really one of the smartest and nicest guys in the business, and it’s always fun to talk industry issues. I started to write a response and thought, why not write a short blog post?

James and I now have a bet for dinner at some industry conference we find ourselves at in the spring of 2025, because we’ll need the full year sales stats from 2024 to settle the bet.

The bet is that 60 percent of all home sales in the U.S. will involve an iBuyer either as the buyer or the seller by the end of 2024.

James thought I was breaking the law in South Carolina (although not in Colorado, Washington or California) by smoking the devil weed. I thought it’d be fun to make the case for him — and for the rest of you.

I’ve already made the case in these pages, but let’s pull it all together. Here’s how it happens.

First, please refer to this post where I made the case for iBuyers becoming the default. What I wrote there is that if iBuyer services only cost 2 percent over using a Realtor, then it’s not difficult to make the case that 20 percent of homesellers would opt to pay the 2 percent fee to skip the pain, hassle and delay of the traditional process.

But what if using iBuyer costs less than using a Realtor?

I constructed some scenarios under which the iBuyers can bundle services — like mortgage and title — and drive the cost of iBuyer services even lower.

After such flights of fancy, I posted this chart of Uber’s and Lyft’s growth: 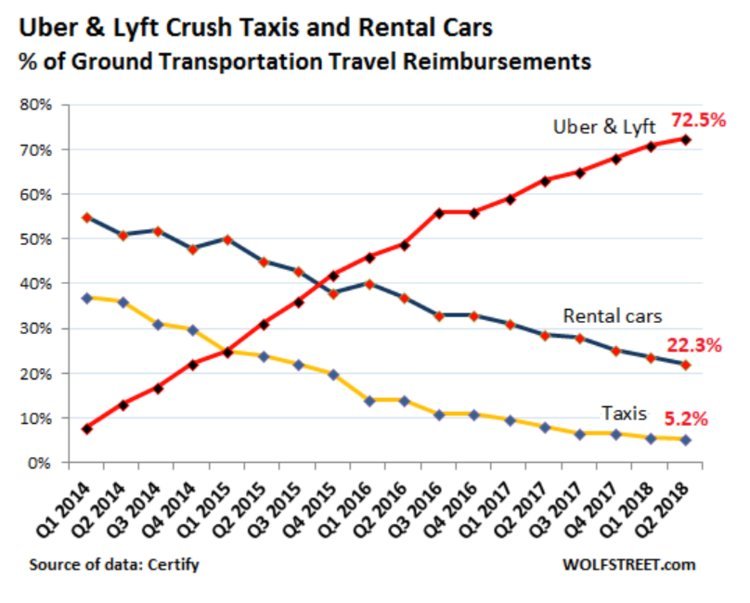 Now, jump ahead to my more recent post about Zillow’s unit economics. I found that homesellers likely net more money selling to Zillow than they do using a Realtor to list their homes. As yet, no one has shown me the numbers under which that is not true.

Here’s what I wrote there:

Some reasoning here is necessary.

If it turns out to be true that homeowners can expect to make more money, net of transaction costs, by selling to iBuyers versus listing with a Realtor and going down the time-tested traditional path, then all bets are off.

Or more accurately, my bet with James (and others) is on.

In my first post, I said that the way that iBuyers could get to driving the cost below the traditional cost threshold was by bundling mortgage, title, insurance, etc. That all remains true, even though the unit economics without that bundling is superior.

I’d have to do some real work researching RESPA, but I imagine that smart lawyers and businesspeople can figure out a way to offer discounts to consumers for bundling, in much the same way that Geico and USAA and all the other insurance companies offer you discounts for bundling home and auto.

Eric Wu of Opendoor is on the record as saying that he wants the home sale experience to cost nothing. Zero. Nada. That’s removing friction all right.

So let’s say that through the magic of bundling, selling to an iBuyer represents a 3-4 percent gain over listing with a real estate agent. On a $300K house, that’s $9-12k in the pocket of the homeowner. The game is over at that point. Only those whose homes have been rejected by iBuyers, or whose local markets do not have an iBuyer, will go down the traditional path at that point.

The question of money and volume

One of the points that James raised was where the money to do all this buying is going to come from. After all, Rich Barton at Zillow has said his goal is to buy 60,000 homes within three to five years. But there were some 5.4 million homes sold last year. Sixty percent of that is 3.24 million. Even if we assume that these homes are all $300,000, that’s $972 billion.

Yeah, if you look at it that way, it seems crazy. But that’s the wrong way to look at it.

IBuyers are not investors. They’re not doing the buy-and-hold thing. They’re not looking for asset appreciation. They’re looking to solve consumer pain and charge a fee for convenience. So they’ll be turning that inventory as quickly as they can.

3.24 million annually works out to 270,000 monthly. Suddenly, the capital required is a far more muted $81 billion, per month, spread across multiple companies all doing the iBuyer thing. It isn’t one company, or even four or five, but more like dozens of companies that see the opportunity and jump in.

This capital will turn relatively quickly. Sometimes, the iBuyers will lose money and other times they’ll make money, just like any large market maker institution does in stock markets or bond markets or commodities markets: you win on some trades, and lose on others, and just hope that at the end of the quarter, you’ve won more than you’ve lost.

Sure, the iBuyers have inventory risk, and if things really crash and wipe out 50 percent of the value of the homes in inventory, they’re all screwed. But honestly, if 50 percent of the value of American housing were to get wiped out, none of us are going to be worrying all that much about macroeconomics or iBuyers because we’ll be too busy scrounging for food and defending our water from bandits.

Where will all this capital come from?

It’s sometimes amusing to me that people in real estate are often not fully aware of the size of the U.S. housing market.

Just as a point of reference, according to SIFMA (Securities Industry and Financial Markets Association), in February of 2019, a total of $96.6 billion in MBS (Mortgage Backed Securities) were issued between agency (Fannie, Freddie, Ginnie Mae, etc.) and non-agency. Yes, some of that was likely CMBS (commercial mortgage backed securities) but the lion’s share is home mortgages. That’s one month, and a short one at that.

When the iBuyer engine really gets going, that capital is going to turn and turn quickly, and the end result is actually a mortgage assumed by a homeowner and held by a bank. Think about it.

IBuyer buys home from seller. IBuyer is out cash, seller is up cash. Seller pays off his mortgage, celebrates and then goes shopping — turning into a buyer. IBuyer gets a piece from its fees.

Buyer then buys a home from an iBuyer. To do that, buyer puts cash down as down payment and assumes a mortgage. The iBuyer gets a piece from the lender, probably, but the capital for the mortgage is going to come from some kind of lender. The lender is down cash, up a mortgage note, and the iBuyer is up cash.

Naturally, the lender would sell those mortgages into the secondary market, the aforementioned MBSs, and voila –more capital!

Note that the bet is for iBuyers to be 60 percent of home sales, not transactions. The reason is that iBuyers will increase the number of transactions, by two, in all of their deals.

That’s why I made the bets I did.

If  — and that’s a big if, but the data so far suggests it is — selling to iBuyers nets homeowners more money than listing with a real estate agent, then that will very quickly become the norm. See: Uber and Lyft.

In that scenario, the iBuyers are going to get better and better, more efficient, cheaper and start bundling services to drive costs down even lower. Sixty percent is not crazy.

The capital will be available because the end product is a mortgage note, and we have long since figured out how to make capital flow with mortgages and MBS notes.

Now, to find some great restaurants in Washington D.C. or Las Vegas — or popular conference cities where I might see James. 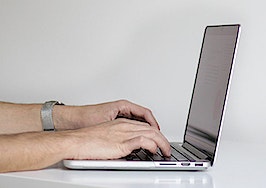 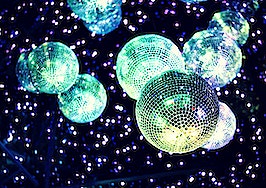 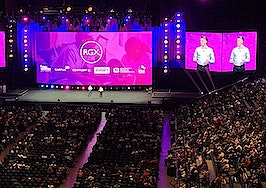