Opendoor is “relocating” about 260 operational positions from markets around the country to Phoenix, where the iBuyer first began buying and reselling homes in 2014.

Opendoor is relocating approximately 260 operational positions from markets around the country to Phoenix and had begun letting go nearly 50 employees last month, Inman has learned.

An Opendoor spokesperson confirmed the consolidation in Phoenix, where the iBuyer first began buying and reselling homes, adding that it will allow the startup to better serve and lower costs for customers. The company will continue to hire new employees across all of its markets, the spokesperson added.

Employees currently holding those 260 positions have been given an opportunity to relocate to Phoenix and will be given between six and nine months to either move or leave the company, according to sources who spoke to Bloomberg.com. Additionally, the news outlet revealed that a specific perk offered to all employees — free lunch — has been eliminated.

“We made these changes to drive efficiency and improve the customer experience while lowering cost to transact so people can easily move,” the spokesperson said, when Inman asked about reports of layoffs, relocations and benefits cuts. “It was not a way to trim staff or cost cut.”

Opendoor did not directly confirm or deny to Inman whether the consolidation involves any layoffs or the elimination of any positions. “We are centralizing, automating and consolidating certain operational roles for efficiency and to provide an even better experience for our customers at a lower cost,” a spokesperson told Inman in a statement.

But sources told Bloomberg that Opendoor had begun letting go 50 of its staff in early June.

As for the free lunch, a spokesperson told Bloomberg it will offer, instead, subsidized lunches at all offices exceeding 100 employees while continuing to offer other benefits.

“We provide benefits — spanning parental leave, medical coverage, a growth fund and other perks — that exceed those found across the market,” the spokesperson said in a statement to Bloomberg. 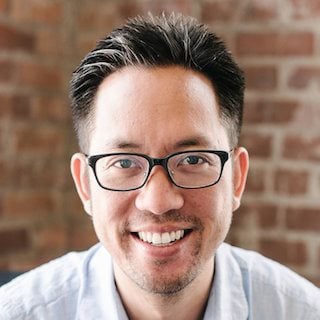 The shakeup comes as Zillow Offers, Zillow Group’s iBuyer, continues to gain ground on Opendoor as measured by listing inventory — although Opendoor still owns many more properties than Zillow Offers.

Opendoor has roughly doubled its number of team members to 1,300 over the last year, according to an Opendoor spokesperson. It’s expanded rapidly over the past couple years and currently buys homes in more than 20 markets.

However, several reviews left this month on the jobs site Glassdoor cast the shakeup in a negative light. Three recent reviewers said the company was undergoing “layoffs.”

“Currently in a cost cutting phase in an effort to achieve profitability faster,” reads one review, purportedly left by a former Opendoor pricing associate. It goes on to say that Opendoor is “in [the] midst of mass layoffs across the company” and is “relocating almost all operations to Phoenix.”

Echoing some other reviews, the post also reported that benefits and perks had been “sharply curtailed” in recent months. Several reviews specifically rued what they said was the elimination of free lunches.

Inman was not able to confirm the authenticity of the Glassdoor reviews.

Glassdoor requires users to certify their employee relationships and claims to subject every post to review, but the company admits that it cannot “fully confirm our users’ identities, the truthfulness of their contributions, or their employment status.” (Coincidentally, Glassdoor co-founder and former chairman Rich Barton recently replaced Spencer Rascoff as Zillow’s CEO to lead the company’s charge into iBuying, in a bold challenge to Opendoor.)

The Opendoor spokesperson did not respond directly when asked if the company had reduced benefits or perks for employees, including free lunch.

But the spokesperson did say that Opendoor provides benefits, including parental leave, medical coverage and a growth fund, that “exceed those found across the market and invest tremendously in all of our team members, including subsidized lunches in our offices of more than 100 people.”