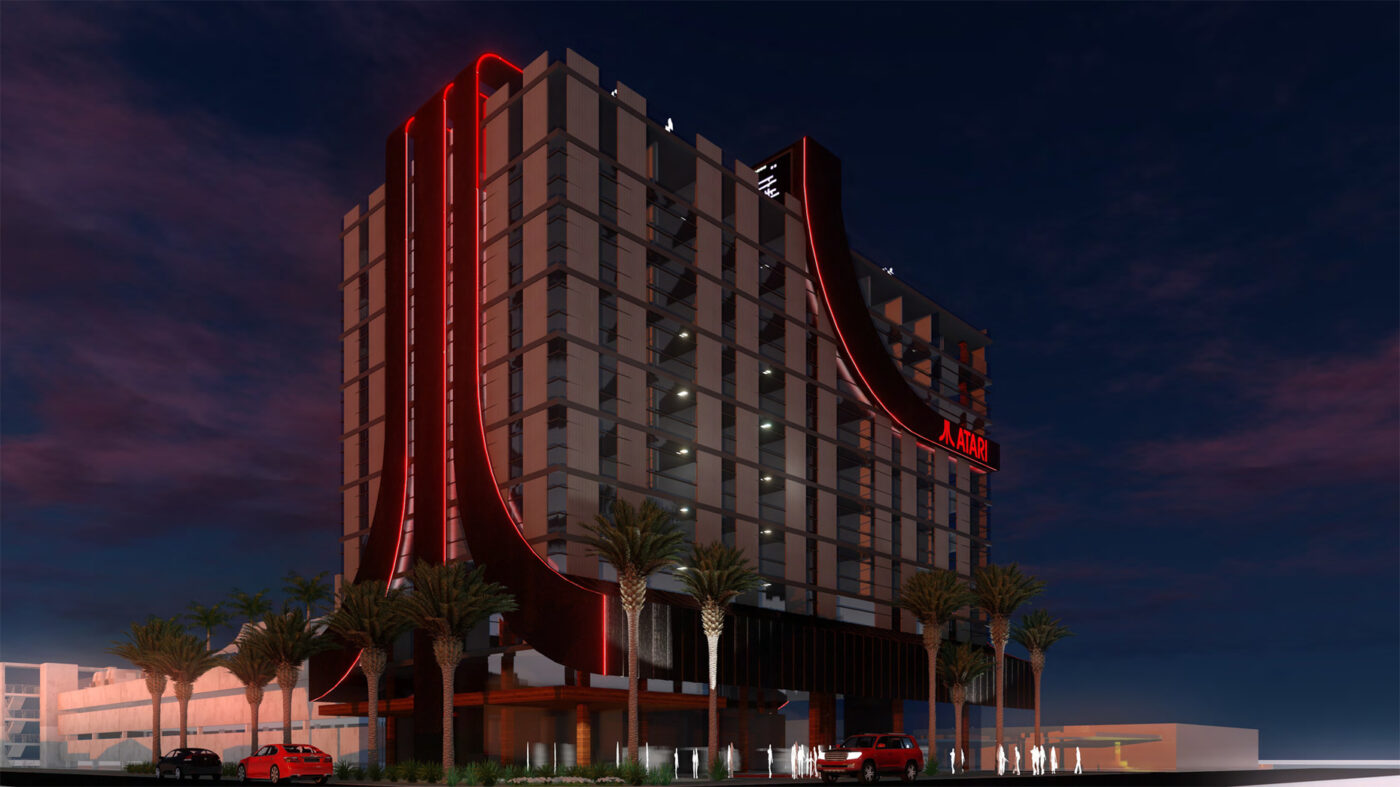 A visualization of an Atari hotel Atari
by Veronika Bondarenko
You successfully shared the article.
Close

A chain of Atari-branded and video game-themed hotels could soon appear in cities across the the United States.

The video game company, known for pioneering classics such as “Pong,” “Frogger” and “Ms. Pac-Man” in the 1970s and 1980s, announced it has acquired the rights to build eight branded hotels. The first one is slated to open in Phoenix in about two years.

Construction of the hotel should begin in the fall of 2020.

“Together we’ll build a space that will be much more than just a place to stay,” Atari CEO Fred Chesnais said in a statement. “Atari is an iconic global brand that resonates with people of all ages, countries, cultures and ethnic backgrounds and we cannot wait for our fans and their families to enjoy this new hotel concept.”

The hotels will look like regular buildings with a glowing red strip of light modeling the Atari logo on the outside. The inside, however, will be video game heaven — ample streaming studios, zones for playing in augmented and virtual reality as well as spaces for esports tournaments and group games.

Room décor will vary, with some rooms modeled after everybody’s favorite retro video games and others done in a futuristic style inspired by Steven Spielberg’s film “Ready Player One.”

“When creating this brand-new hotel concept, we knew that Atari would be the perfect way to give guests the ‘nostalgic and retro meets modern’ look and feel we were going for,” said Smith III in a press statement. “Let’s face it, how cool will it be to stay inside an Atari?!”

RealtyFeed is crowdfunding a 'disruptive social network' for real estate
Back to top
Inman Connect starts tomorrow! Get your ticket for $99 before prices go up tonight.GET YOUR TICKET×
Inmanpot
Log in
If you created your account with Google or Facebook
Don't have an account?
Create an Account
Forgot your password?
No Problem