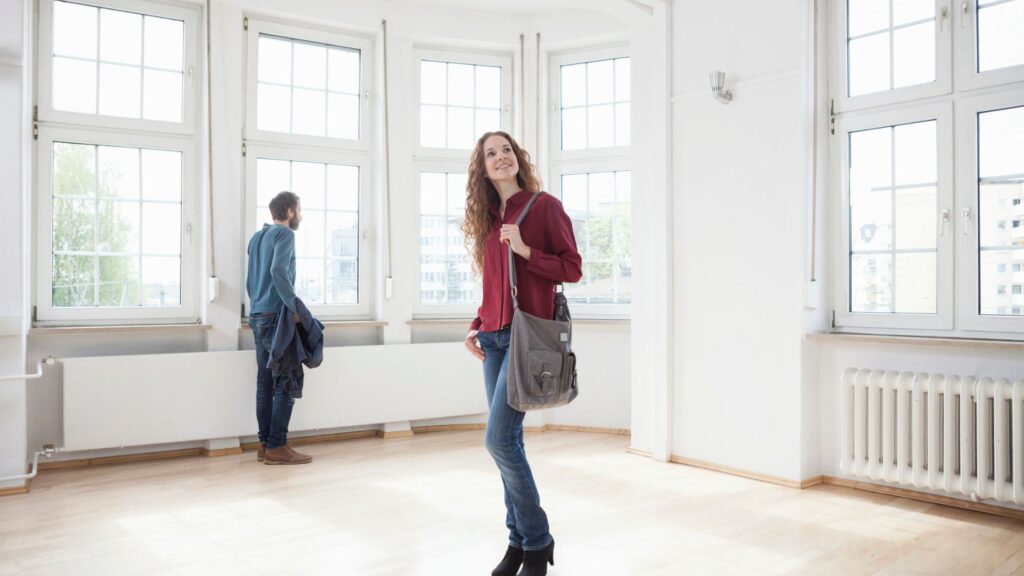 Applications for government-backed purchase mortgages were up 4 percent week over week, accounting for nearly 1 in 4 loan requests from homebuyers, according to the Mortgage Bankers Association.

Mortgage rates are on the rise again, but a surge in demand for FHA, VA and USDA purchase loans could be a sign that first-time homebuyers are becoming more willing to test the waters.

But a closer look at the numbers shows that even though demand for conventional purchase mortgages was down, applications for government-backed FHA, VA and USDA purchase mortgages posted significant gains. Together, those three types of government loans accounted for close to one in four purchase loan requests.

The MBA survey showed applications for FHA-backed purchase loans favored by first-time homebuyers rose by a seasonally adjusted 4.7 percent week over week, and accounted for 11.4 percent of purchase loan requests.

Although rates on all types of loans increased last week, the “spread” between conforming fixed-rate loans and adjustable-rate mortgages narrowed to 84 basis points from over 100 basis points the week before, Kan noted.

After factoring in seasonal factors, demand for ARM loans was down 7.5 percent last week compared to the week before, and 30 percent from a month ago. ARM loan requests accounted for just 6.5 percent of all loan applications, the survey found.

The Optimal Blue Mortgage Market Indices show rates for 30-year fixed-rate loans have been on the rise in August, but have a ways to go before breaching the 2022 high of 6.06 percent registered June 14.

The MBA reported average rates for the following types of loans for the week ending Aug. 19: 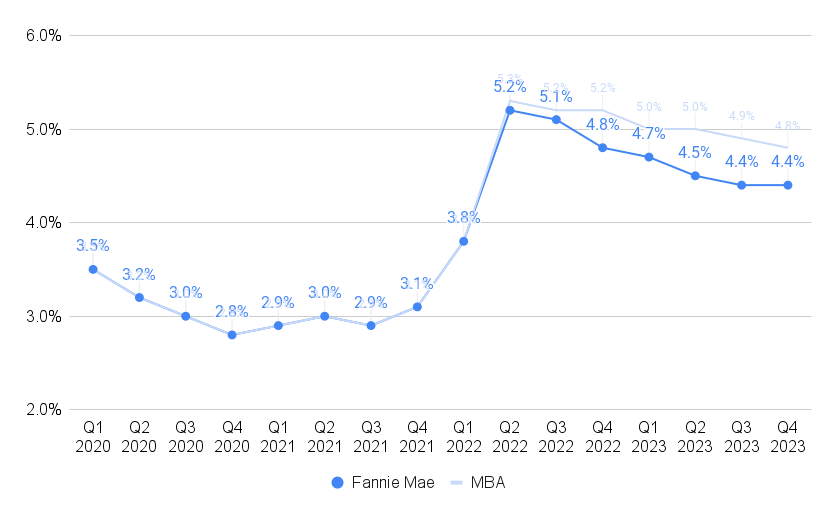 In a forecast issued this week, Fannie Mae economists said they think mortgage rates have peaked and will trend downward into next year. In a July forecast, economists at the Mortgage Bankers Association predicted a similar, but less pronounced pullback in mortgage rates.

Although Fannie Mae economists say there’s a risk that the Federal Reserve will continue to be aggressive in raising short-term interest rates if inflation and job growth remain strong, they anticipate less pressure on long-term interest rates including mortgages. That’s thanks in part to expectations that a “modest recession” is looming next year and that the labor market will soften as the effects of tighter monetary policy take hold. 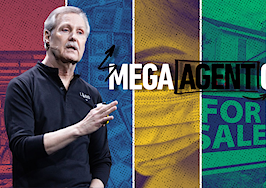 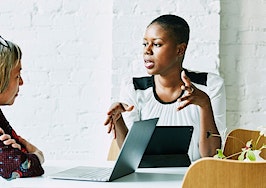 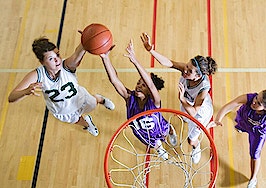 Mortgage demand flattens as rates make another run toward 6%
Back to top
Only 3 days left to register for Inman Connect Las Vegas before prices go up! Don't miss the premier event for real estate pros.Register Now ×
Limited Time Offer: Get 1 year of Inman Select for $199SUBSCRIBE×
Inmanpot
Log in
If you created your account with Google or Facebook
Don't have an account?
Create an Account
Forgot your password?
No Problem