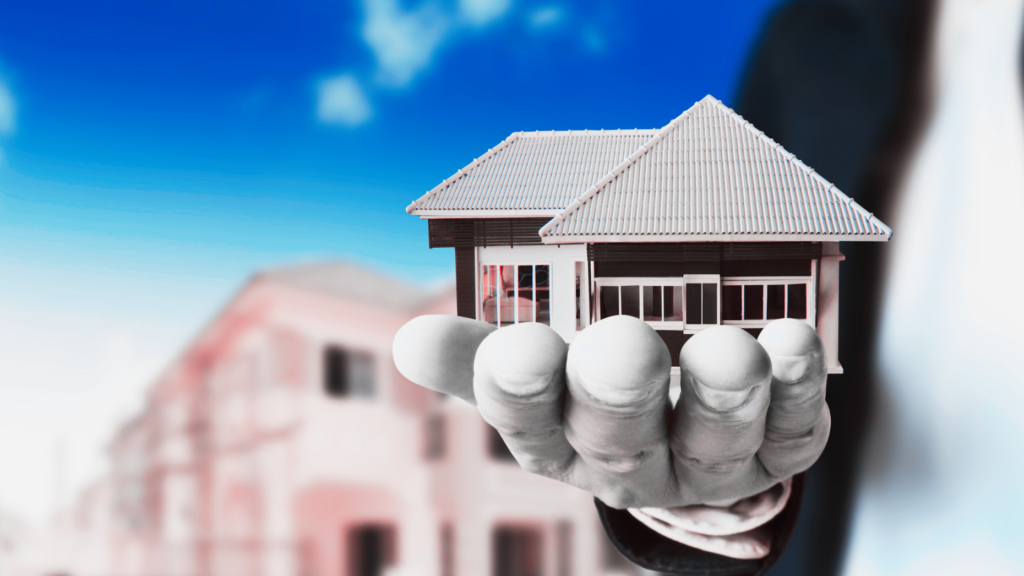 by Drew Meyers
Share this article
You successfully shared the article.
Close

According to expert Drew Meyers, everyone’s talking about proptech without even a whiff of the defining company in the category in the conversation. In fact, the largest proptech company is rarely mentioned.

This article was reprinted with the permission of the author.

Discussions about proptech leaders usually start and end with either CoStar or Zillow. Both are formidable proptech companies.

CoStar has a monopoly on commercial real estate data, having built a robust legacy business over decades, carved out Apartments.com as a rentals leader and [made] heavy investments in residential real estate (acquisition of Homesnap and launch of CitySnap in New York City). Zillow, where I started my career, will always hold a special place in my heart. It is the unquestioned leader in audience size in the United States.

But I’m tired of talking about proptech without even a whiff of the defining company in the category in the conversation. The largest proptech company is rarely mentioned.

It doesn’t get any more telling than that. The data doesn’t lie; Airbnb’s business dwarfs both Zillow and CoStar.

But it’s a “travel” company, right?

Wrong. Its central function is a marketplace for homes, rooms, apartments, and even treehouses. Marc Andreessen, one of its earliest investors, publicly said the company would transform real estate … in 2013. That was almost a decade ago, long before a quarter of its business was long-term stays.

Let that sink in. Covid has been a true blessing in disguise for Airbnb. Despite an almost instant 80% drop in the business and massive layoffs, extended stays have been one of the main pillars of Airbnb’s turnaround.

Also serving “travelers,” Rabbu, The Guild, AvantStay, PlaceMakr, Sextant Stays, Mint House, Zeus, Wander, FrontDesk, Vacasa and others are commonly referred to as proptech plays. Meaning there is no case to be made that Airbnb isn’t. After all, its marketplace sits atop the entire short-term rental vertical. I’d argue that without the demand Airbnb built by modernizing homesharing, some—or many—of those businesses would not operate at their current levels.

What if Airbnb expands its marketplace into an app store for proptech businesses? Suddenly Airbnb’s place at the top of the funnel would become both obvious and entrenched—it could serve as a discovery environment that takes a cut of payments and limits fraudulent behavior for both sides. Inclusion in its marketplace would make or break a new company, much like Amazon’s relationship with third party merchants.

There’s a case to make for Amazon in the proptech leader discussion as well, and it has nothing to do with what most people think of as Amazon’s core business. The company’s smart devices reach almost every home in the country and millions of homeowners and tenants alike speak to Alexa everyday (read my 2017 thoughts), making it among the leaders in bringing technology into the Built World. With HomeBase, SmartRent, and BeHome247 as clearly in the proptech category, it’s impossible to not consider Amazon in the same vein.

It’s a $917 billion dollar corporation with $127 billion in Q3 net sales — $20.5 billion (16 percent) came from AWS (Q3 Earnings). I can’t figure out from its earnings statements what percentage of overall revenue comes from devices. If you’re a finance whiz and can help, I’d love to hear from you.

Thus, it’s unclear how much the devices business would be worth as a standalone. The business would be valued at $706 billion if you were to carve off AWS’s 16 percent. I’d perhaps peg devices at 5 percent of revenue and 12.5 percent of strategic value (meaning a valuation range of $35.3 billion to $88.25 billion). But, until we have better data, or until Amazon spins off devices as a standalone entity, let’s bench the Amazon discussion for the time being.

Next time you’re talking proptech, make sure you acknowledge the reality that Airbnb’s valuation factors in its immense strategic advantages.

Airbnb wields a global supply of rental housing across both single-family and multifamily—plus, hotels (a small segment now, but that will grow). Access to the tools and services that plug into Airbnb eases the burden to manage properties, and has generated a list of companies working to handle both houses and hotels as STRs (e.g. Jetstream, UpListing, Hostaway, and Guesty).

Plus, as I’ve been saying for years, Airbnb is one database field away from being the largest long-term rentals platform in the world. When that muscle is flexed, it’s going to be a scary day indeed for Zillow and CoStar.

Airbnb boasts the most engaged homeowners of any platform due to financial incentives, and both its supply and demand span far beyond the confines of the United States. Home services, the segment virtually every portal pitches as part of its long-term strategy, is much more in the sights of Airbnb given its engagement levels with owners and tenants alike. The entire home management and maintenance sector could be transformed overnight with Airbnb as a customer acquisition channel.

So, how about that Zillbnb merger? At present valuations (Airbnb 9x Zillow), that acquisition would rock proptech to its very foundations. Like Packy McCormick, I’m beyond excited about the possibilities such a merger would unlock as travel, living, and hospitality continue to blend.

(Thank you to Fed Novikov and Nate Smoyer for feedback on this article.)