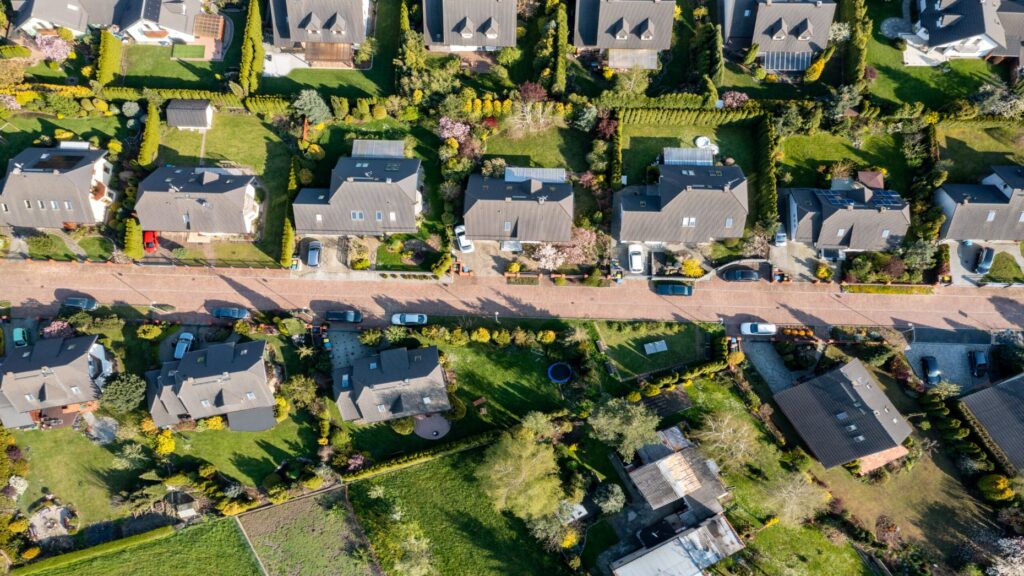 National home prices fell 0.5 percent between September and October while composites of the 10 and 20 largest cities in the United States posted decreases of 0.7 and 0.8 percent, respectively, according to the S&P CoreLogic Case-Shiller Home Price Indices.

The city with the weakest price growth was ultra-expensive San Francisco, which only increased 0.6 percent year over year, followed by Seattle where prices grew by 4.5 percent. Both San Francisco and Seattle saw price growth peak in May 2022, and have both declined by more than 10 percent since then. 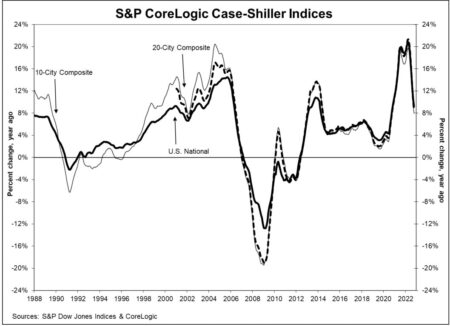 October was the fourth-straight month that the index recorded home price decreases, according to Craig Lazzara, managing director at S&P Dow Jones Indices.

“These declines, of course, came after very strong price increases in late 2021 and the first half of 2022,” Lazzara said in a statement. “Despite it’s recent weakness, on a year-over-year basis the National Composite gained 9.2 percent, which is in the top quintile of historical performance levels.”

The rise in mortgage rates has dramatically slowed the housing market from its breakneck pace of 2021, with existing home sales declining for 10-straight months.

Other economists pointed out that the steady decline in price appreciation shows that the housing market is in the midst of a correction, but that the rate at which prices are resetting is not as steep as some predicted.

“The steady downturn in price appreciation indicates the housing market is definitely resetting, but October’s index suggests that the price correction may not be as steep as some have anticipated,” Bright MLS Chief Economist Lisa Sturtevant said in a statement.

Though inflation’s pace is slowing Lazzara said it’s likely that price growth will continue to weaken into 2023.

“As the Federal Reserve continues to move interest rates higher, mortgage financing continues to be a headwind for home prices,” he said. “Given the continues prospects for a challenging macroeconomic environment, prices may well continue to weaken.” 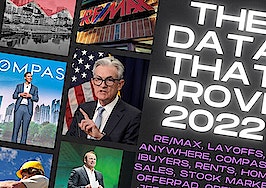 2022 by the numbers: The dirty data that drove a weird year in real estate

Monthly payments drop $300 and some homebuyers wade back in