It’s time to get remarkable with your video marketing. 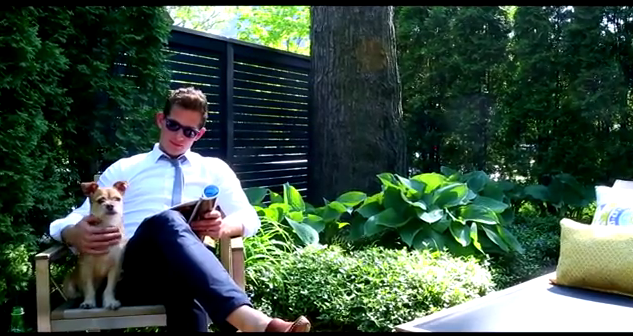 That’s exactly what the creators of the two videos featured below did.

Up first is Sage Real Estate’s film for 218 Cottingham St.

I use the term “film” purposefully.

The music. The characters. The story. The emotion.

All captured masterfully in just one minute and 54 seconds.

The video is focused as much on who would buy the home as it is the home itself.

Bet it makes you smile. The dog really steals the show.

Next up is Lincoln Crum.

His video is entitled, “Home cooking with Lincoln.”

He may have just become the Paula Deen of real estate.

Lincoln decided to laser focus on the kitchen.

He uses the standout room in the home as a set to cook up a big bowl of white bean chicken chili. As he cooks, he talks about the kitchen in detail as well as the rest of the property.

It comes off really nicely.

You may even want a Corona after watching it.

I reached out to Evan Sage and Lincoln Crum to find out more about the great work they have done here.

Where did the inspiration for the video come from?

Sage: We believe that we are in the business of selling lifestyles, not just four walls and a roof. So when developing a marketing campaign for a listing, we try to focus it on who the buyer is, and we do whatever we can to speak to their lifestyle.

My father, Larry, along with my brother, Brad, and I saw two videos (bachelor pad in Hollywood Hills and an Australian video with a SWAT team, helicopter and beautiful woman) at an Inman Connect conference several months ago. We have been referring to them as listing movies, or lifestyle movies.

There was a certain wit to both of them — they entertained and informed. After that presentation, the three of us looked at each other and said we had to pull one of these together for Sage Real Estate.

Crum: The kitchen in this house is simply amazing. I thought video would be the only way to really showcase how awesome it is, second only to an actual showing. I’ve wanted my own cooking/real estate show for the past five years. I had a feeling this house would be great to break into that genre of listing videos.

Was this done professionally?

Sage: We searched for the right video talent to help us on the technical side and did several preliminary videos with Mark Wilson. We knew he was our guy. He is a phenomenal worker, very creative and eager to go to new places. So when the right property came on the radar, with the right agent, Heather Rovet, we pulled all the pieces together. It was several meetings and a joint effort to come up with a story about the bachelor who was stopping in at home to get spruced up before heading out to meet friends, only to realize that everything he really needed was there at home.

The show stopper was obviously the stunt dog, Pretzel, who really played on the emotional strings and warmed up the whole video leaving the viewer really happy. I think it is catching people by surprise.

I also think the music was a perfect match. This took several attempts to get right, but was worth the extra effort.

Crum: It was done professionally by Cool World Video Creations. It was a two-camera shoot with Canon 5Ds, then edited on Adobe Premier 5.0. The entire video was shot, edited and turned over to me in 10 days. The total cost was $600.

I have produced 15 “real estate”-centric videos over the past 24 months. I’ve produced more than 250 local videos, some high-quality edit and some Flip style, since September 2009 that I use in my “local” branding and marketing campaign.

How has the response been to the video thus far?

Sage: The property has now sold firm. Originally, the buyer saw the MLS spec sheet and had no interest. It read as a one-bedroom home with a big price tag, and he decided that it didn’t match his needs. His savvy agent knew it was right and sent him the video, which convinced him it was worth the visit. Soon after the showing an offer was drafted, presented, and a deal was done!

Almost as if Walt Disney had written the ending himself …

Crum: It’s been good. Pretty “out of the box” for Realtors. I picked up a new listing last week from someone who saw the video and have had plenty of comments about it out in the community. I’m happy with the results created thus far. This is a very specialized house, and I’m certain that the right buyer will come along — hopefully one who sees the video.

Evan and Lincoln will be happy to answer any additional questions in the comment section below.