All That Glitters Isn’t Gold

I freely admit that I suffer from “S.O.S:” Shiny Object Syndrome.

I – like many in the Social Media space, who shall remain nameless – are often drawn off course with the latest and greatest piece of technology. Like children around the fir tree on Christmas morning, we can’t wait to unwrap whatever is next and play with it. Even if we don’t really need it. Curiosity, truly, is a powerful driver of behavior.

As often as not, after some period of time – just like the kid who stops playing with this year’s version of Tickle Me Elmo after he tires of it – we discover that many of these “tech toys” aren’t all they were cracked up to be.

They either don’t work very well, or they are a solution in need of a problem. Whatever the reason, many of these innovations don’t gain traction and end up on on the tall-and-growing-taller pile of technology castoffs.

My MacBook Pro is littered with apps and programs that I haven’t opened in months. Some, in years.

And then there are those tech tools that DO survive the test of time and use. And that is the purpose of this post: to share with you the tools, apps and technologies that have survived “beyond the shiny.”

That being said, every item that appears on the list below meets all of the following criteria:

Also, I’m going to skip the “big and obvious” things (WordPress, Twitter, Facebook, Google+, MacBook Pro and iPad, etc.) that are at this point (IMO) ubiquitous.

In no particular order, here are the things that I use :

This is the engine that drives the various projects on which I’m working at any given point in time. It does everything you’d want it do, and surprisingly almost nothing beyond that. Its genius is its streamlined robustness (yes, I realize that sounds like a contradiction). I have no idea how I got anything done before I discovered Basecamp. And I’m getting a lot more done now that I have discovered it. Thanks, Jason Fried!

I Tweeted this recently: “Google+ Hangouts are my new intro emails.” I frequently send out “introductory” emails trying to get people to work on various projects with me. Since I started using Hangouts, I’ve basically stopped with the emails and switched over to G+. It’s incredibly easy to use, and the best part is THE AUDIO. It’s basically perfect, like you’re having a F2F conversation with someone. Yes, I know Skype has been around forever, and Facebook also has video, but there’s something about the Hangout that I just like better (maybe it’s the word “Hangout?”).

Evernote  is the hub of my digital existence, which I covered in my last post; there is no need to duplicate it here.

Camera+ is basically Photoshop for dummies. It’s now the only photo manipulation tool I use (so, yes, I do ALL my photo editing on my iPhone, period). Everyone I know that uses it raves about it. For samples of quality and effects, here is a random photo gallery I took in Chicago last month . Draw your own conclusions.

JotNot Pro is an app that turns your iPhone or Droid into a portable scanner. It’s good enough (once you get the hang of it; hint: have a steady hand and use the ‘stabilization’ feature for max quality) to use for real estate closing documents, to put it in perspective. This is a great tool for saving whiteboards, scanning when you don’t have access to a traditional scanner, and uploading directly to Evernote (that’s one of its native sharing features).

Strangely, iMovie is not as robust as Windows Movie Maker, the program that I used before iMovie. However, it is far more stable (I came to think of WMM as the “reboot causation machine”) and easier to use. As long as you don’t aspire to be the next Francis Ford Coppola, iMovie is probably more than you need, and it’s a great bang for the buck. (Full disclosure: after creating around 100 videos, I finally outgrew iMovie and upgraded to FinalCut Pro X. HOWEVER, if you’re new to video, I’d still highly recommend iMovie because of its ease of use and price.)

I wrote this post with Dictate. Was it perfect? No. But it was probably 98% accurate, it took just a few minutes to correct and I definitely saved a lot of time. I start every day with an entry into a personal journal that usually totals around 1,000 words. I haven’t typed a word of that (other than to make corrections) in several years. I could never do that without the aid of a solid VR program, and Dictate is the one for me. (Full disclosure: when I upgraded to Lion on my Mac, I lost some of the functionality of Dictate. If you are going to upgrade to Lion, make sure you research all the softwares that matter to you to see if they’re going to be impacted by the upgrade.) 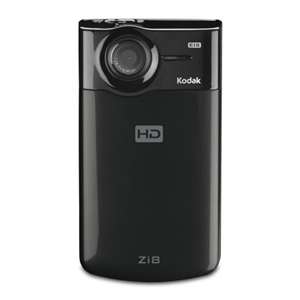 Yes, I know that Kodak has come out with a new camera that’s supposed to be better (the Playtouch), but I haven’t used it, so I cannot comment. All I know is that the Zi8 satisfies all my needs and requirements, and I have used it to shoot a lot of videos. It’s well made, it transfers files to your computer quickly, it has a lot of memory and it’s basically idiot proof. The learning curve can be measured in minutes, literally. Given how important video is to the future of real estate, I’d highly recommend you buy the Zi8 or the Playtouch and start moving in that direction.

Nothing polarizes and riles people up like a good old “Blackberry vs Droid vs iPhone” debate, but I do want to say this one thing: I’ve used all three of these platforms for AT LEAST one year each, so I do have SOME basis for an opinion (yes, that doesn’t qualify me as an expert, but many who get down in the mud on this topic haven’t used all three). And I can say that, from an ease of use/genius of design/quality of construction/love of product perspective, there is the iPhone…and then there is everything else. I thought I knew what techfatuation was (see: MacBook Pro and iPad) until I got the iPhone. It’s my favorite Apple device, period. 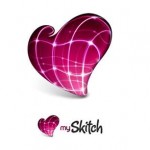 I do an outrageous amount of screen capture (the graphics for this post, for example). And Skitch is the tool I use for that. It’s amazingly robust for what it does, and it’s free. You can annotate photos, save the screen caps in different file formats, and a lot of other cool stuff. To know Skitch is to love Skitch.

So, that’s my list. Like I said, some of these things aren’t that sexy, and some aren’t even the most current versions of whatever they are. However, if you’re looking for performance, value and reliability, I’d recommend you check them all out. They work for me. Really well.

So, what’s your favorite TTT?