Social media and apps are so 2012. Lucky for us, 2013 is right around the corner. It’s time to focus on more than just Facebook, Twitter or the latest apps out there. We need to focus on designing your business. What are the things that you, as an agent or broker, struggle with? Is it that we are afraid of change? It’s time we embrace our fears and go at them head on. Maybe these things can equate to better business and productivity practices.

We have a huge community of people within our reach, in and out of the real estate world, professionals that have made Evernote their hub for going paperless, digital and IN the cloud.

Let’s start putting the focus on these things now. Just like everything else, Evernote is what you make of it. It’s time to get your gears going and think about how this one tool could support everything you have planned for your 2013.

My interview with Stacey Harmon is a two part series and man, are you in for a treat! We talk about Evernote, 2013 and more importantly productivity and focusing on what’s going to matter the most. 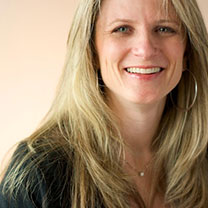 Stacey Harmon is a national speaker and Principal of Harmon Enterprises where she helps [mostly] real estate folks build business with social media and shows them how to apply technology in order to be more efﬁcient. Stacey uses Evernote to create a GTD workflow that helps her be more effective and efficient in her work and her life.

Stacey, what do you think are the biggest struggles that real estate agents have?
I think that agents are constantly interrupted and constantly distracted and that’s a disruptive process in addition to the fact that they’re forgetting data. We’re all getting input from both analog and digital means at a rate that we never have before. So it’s no longer just voicemail and email now they’re getting texts, faxes and conversations with people, Facebook messages. They need to create a centralized digital hub that allows for them to comprehend or at least reference all that’s relevant to a particular transaction. Evernote can be that solution because it is so ubiquitous.

How do you do business Stacey? What are your thoughts on productivity?
One of the things that has interested me so much in productivity is it’s very inline with how I’ve always run my life. One of the things I’ve noticed as a social media trainer, is that people are overwhelmed and the issue’s NOT that they can’t grasp Facebook or Twitter or any of these channels, it’s 40 more channels that they already have to tack on to what they’re already busy with.

Technology has really revolutionized how I personally am doing business. How im doing business now is totally different than five years ago and it’s not just social media. It’s that these technology changes have evolved my process. When agents focus on that and figure out how to have more time and peace, they can figure out what they need to focus on. That might be the Facebook learning curve or how to Tweet or how to find time to blog.

Productivity is really the root issue, not these other keeping up with Joneses in terms of apps. It used to be this is the hot new app and what I have found is I actually have a suite of apps that are the foundation of my producitivy and my business and enable me to make intellegient decisions about these new technologies. I don’t need to jump off to the next thing anymore although the things I’m using now WERE the hot new thing at one point between 2008 and now. But it’s very stablized. I have a unit of technologies with Evernote really being my hub. They’re working together and are a packaged situation that you could put all around and deploy in different teams.

Tell us how you got started with Evernote and becoming an Evernote Ambassador.
It’s got to be Agent Reboot. I’m sure I heard about Evernote at an Agent Reboot years ago. I downloaded it. I probably have the typical story. Everybody thinks “that’s interesting” they download it, they look at it. They think “hmm I haven’t figured out how to exactly use this” and they might decide to come back to it at some point. I’ve had Evernote for several years, but it was a process of understanding of how it truly can be integrated into my life. When I read a book this year called Getting Things Done by David Allen, I had it click for me.

I said, I could deploy this philosophy in this cloud based note taking system called Evernote. And when I married those, my whole life and productivity had changed and I got back to being organized. I became far more productive and calm about all of this. I’m not thinking there’s less to do, but I’m more focused on what it is that I need to do. So that led to me developing a system, it made Evernote my most essential application in my life. I love Facebook, I train on Facebook but that’s a marketing tool for me. Evernote is the center of both my personal and my professional life. So, I had this passion for Evernote and I was motivated to interact with others. I applied to be an ambassador and was selected!

Ambassadors are passionate power users who are really evangelic about it. We love to teach why it’s so meaningful for us and they have an expert for a particular area. So I’ve got GTD (getting things done) but there’s a crafting, a cooking, a productivity, there’s paperless, a mobile. There are over 50 ambassadors across the globe. It’s awesome. It’s really awesome (Stacey even has her home office painted Evernote green! Perhaps by accident, but she swears it was meant to be).

Why is Evernote so important to not only your business, but your life?
The reason Evernote is so important to me, it is my absolute hub of my entire life and my mission is to get absolutely everything that I think or come into contact with digitally into Evernote. I don’t manage my life in email anymore, I manage it in Evernote. I forward emails if I need to to Evernote. And now my bills are totally paperless, I’ve cancelled everything because it all gets sucked into Evernote where I then pay it through my online banking and then put it into a shared folder that my accountant in Austin can log into. It’s amazing!

And because of the searchability, it automatically creates a searchable record. I combine that with when I travel, or in an agent’s case, If you’re having lunch with a client, they can create a new note right from their phone, use the camera feature within Evernote to take a picture of their receipt, write a note about who it’s with, and that goes right into my bookkeepers shared folder who gets a notification. I toss my receipt, it’s paperless and it’s been saved for my taxes. Totally paperless and revolutionary.

I used to be an Outlook junkie and to convert to Gmail was a massive change because of the folder structure. I had replicated an entire labeling and sub labeling system and when I came to Evernote, it was revolutionary because my email, like right now I have 3 emails in my inbox because they’ve just come in. That’s it. I’ll process them and they go into Evernote. Each evernote account free or premium has a unique email address associated with it. The tip I tell people, is I created a contact called Evernote Upload and I forward my emails to Evernote Upload. You can Tweet into Evernote also by including @myen at the end of a tweet too. I’m constantly managing it. It’s Evernote that acts as my digital hub. I have my world with me wherever I am.

Read part two of my Q&A with Stacey as we talk about business planning and strategizing with Evernote, Evernote Trunk, sushi and more!