by Rae Catanese
Share this article
You successfully shared the article.
Close

Taking a listing is always a business decision. Sometimes, it’s also a gamble — particularly if the property is undesirable. Each property has its unique qualities, benefits and disadvantages, and the way you market a home should take these factors into consideration.

In fact, there are ways you can turn a disadvantage into an advantage and transform your listing into a hot property. That’s what I did with a listing that eventually became Zillow’s most viewed home of 2014.

This listing came saddled with one big challenge: the home’s location. Although the gated community was very nice and close to downtown St. Petersburg, Florida, it was surrounded by homes that were run-down and visually unappealing. On top of that, I learned it would be a challenge to market the property because the homeowners association prohibited signs and open houses.

Realizing it would take extra effort to get buyers in the door, I decided my first step would be to write an article on my blog about the neighborhood and then market the property using social media and Zillow.

It turned out that the land the development was built on had some history, so I decided to focus my blog post on the original owners of the land and to highlight nearby downtown St. Petersburg, which was becoming a trendy place to see and be seen.

Next, I created a headline for my blog post. Selecting a good title is, by far, the most important part of writing a blog post that will go viral.

I called the article “Best Neighborhoods in St. Pete Everyone Should Know About – But Doesn’t.” The title suggests that there’s something you may be missing out on. This enticed readers to want to know more, because who wants to miss out on something?

Next, I used Canva.com to create a custom graphic. 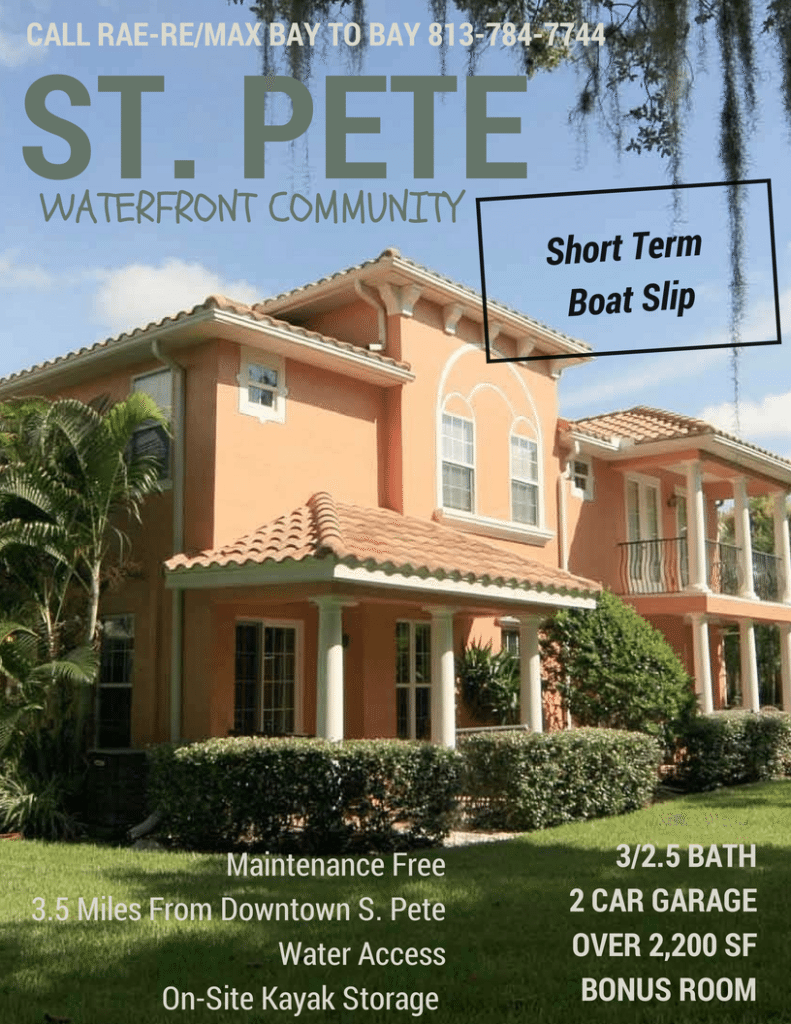 The program is free, easy to use, has a wide variety of templates — including Facebook covers, blog graphics and Google Plus covers — and has social media share features, too.

Once the post was planned and ready to deploy, it was time to decide how to share it on social media.

So, once the article was complete, I shared it on every social media site I was on: Google Plus, Facebook, Twitter, LinkedIn and Pinterest, which is my new favorite platform. The property was shared by many buyers and Realtors, which created a viral effect and generated even more traffic.

So how did Zillow get involved?

Recently, Zillow changed how it markets homes and what listings are displayed at the top of the search results. This is a feature called Zillow “Special Offers.”

The seller must agree to offer a monetary incentive to a buyer, such as a $3,000 credit toward closing costs or a gift card; the buyer, meanwhile, must ask for the incentive in writing at the time of the offer. This makes the listing stand out and also puts it at the top of Zillow’s search results for the geographic area. So I took advantage of this feature!

I knew this approach was working because I always asked agents how their buyers found the property, and 80 percent of them said they saw it on Zillow. Just as I suspected, these were buyers who otherwise would not have seen the property because their agents were unaware of this small community.

But what happened next shocked me. I knew the property had a large number of views on Zillow, because you can see the statistics at the bottom, including how many buyers mark it as a “favorite.” But I had no idea my listing was the most viewed home on all of Zillow until I got a call from HGTV Magazine telling me that my listing was going to be featured in the print publication in December.

At that time, no other agents in the area had been using the Special Offers incentive, and my listing stayed at the top of the search results for the entire city of St. Petersburg for three months. That led to more than 187,000 views — the largest number of views on Zillow in the U.S. for 2014!

Once the magazine issue was released, that created another opportunity to advertise my listing via my blog. This time, I titled my post “Zillow’s Most Viewed Home in 2014 | Over 187,000 Views | HGTV Magazine.” I cited and hyperlinked my original article, with the home’s information included, which provided yet another opportunity to get the word out about this little-known neighborhood.

If you have a listing that no one knows about, why not get the word out using these simple steps? You never know who is going to see it!