Sometimes we forget that we are not alone in our struggles.

My first “large” audience as a speaker was in December of 2009 at the Triple Play Convention in Atlantic City, there were about 250 Realtors in the room which is pictured below. 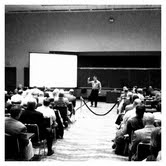 Screenshots from platforms like Google and Facebook that I thought anyone with a pulse and a business would have been very familiar with were obviously being seen for the first time.

Jaws were quite literally hitting the floor. Pages of notes were being taken. Heads were spinning. 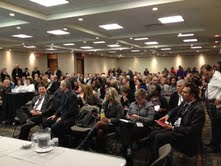 It has been just over 2 years between these sessions and while much of my presentation has changed since 2009, the crux of it has not. The features within Facebook and Google that blew people away in 2009 blow them away right now in 2012.

By the way, it was negative 49 degrees and the room was still packed, at negative 40 degrees Fahrenheit and Celsius temperatures actually become the same number!

What I always focus on is the reaction of the agents in the class. Below are 600 more just like them/you at the RE/MAX Convention.

You all work and live in a local market where you do not spend much time with agents who you are not doing a side with.

500 more of your peers watching at NAR in the shot below. 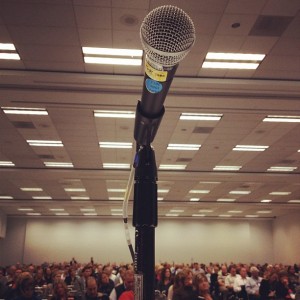 You are not at every convention under the sun and seeing hundreds of thousands of your peers going through the exact same struggles you are, but I am.

I wanted you to know that they are out there.

They are going through the same challenges with the rapid advancements in technology and the challenging market conditions that you face. 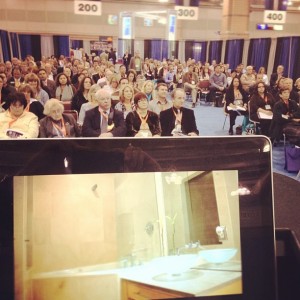 “Austin, TX must be ahead of the curve they have SXSW, plus the market in Texas is great isn’t it?”

Not quite so easy folks.

They are having the exact same a ha moments.

They are taking the exact same notes.

I just wanted you to all know that you are not alone.

We will all look back one day and joke about an industry that was so far behind it was scary.

That day is not as far off as many think.

The needle is moving I promise you. I am watching it closely.