by Eric Proulx
Share this article
You successfully shared the article.
Close

Google Plus enables you to pursue your passions with people you don’t know. Your 50 friends and family on Facebook likely do not share your passion for photography, but on Google Plus you can have a blast with a community with photographers. In short, Google Plus is for passions.

Guy Kawasaki, “What the Plus”

It’s time for you to be on Google Plus. I know there will be an instant uproar of protest with that statement, but since real estate agents are some of the most passionate professionals about their careers, then what better place to express their passion than on Google Plus?

“Google Plus is Google itself. We’re extending it across all that we do – search, ads, Chrome, Android, Maps, YouTube – so that each of those services contributes to our understanding of who you are” – Bradley Horowitz, vice president, products for Google Plus, Google. Wired, Sept. 27, 2011. 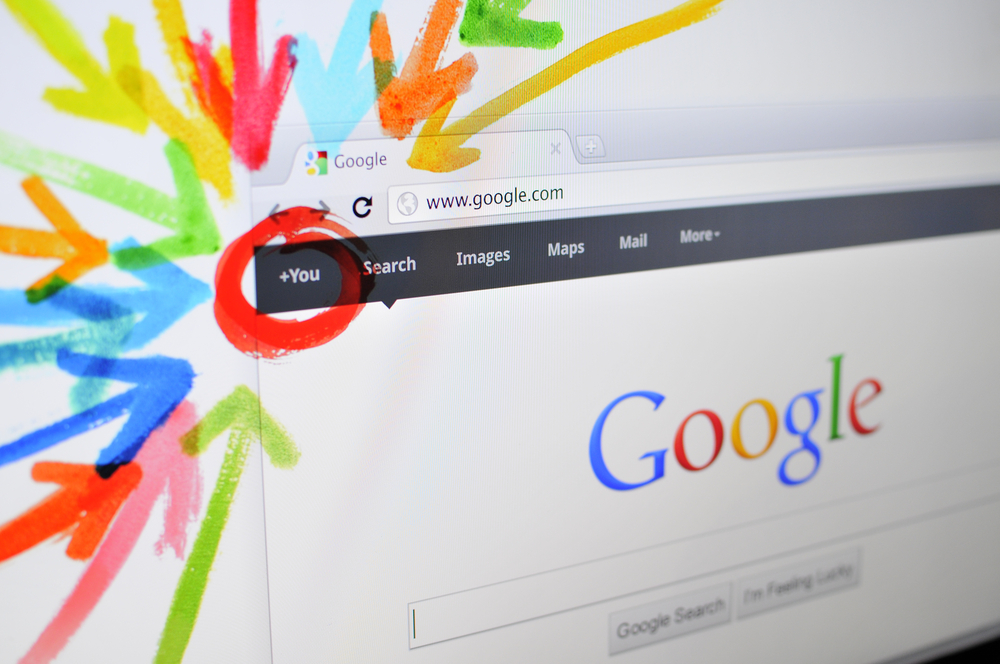 Google, the company that controls the largest flow of Internet traffic in the world, made Google Plus a top priority.
Agents are all about SEO (search engine optimization) whether you know it or not. You want to market yourself so that homebuyers or home sellers can find you, and the way most people are finding an agent is the Internet.

In November 2011, Google Plus was integrated throughout all of Google’s services. This means that for a little over 8 months now, everyone with a Gmail account has a Google Plus account (which is roughly 350 million users).

Let’s take a look how Google Plus has started to affect search results.

I searched for “New York” using Google, both signed out of my account as well as signed in. Without scrolling down, I took screen shots of my results. Patrick Healy is a great guy, but he’s no celebrity super star. He just beat Wikipedia in my search results JUST because we’re friends on Google Plus and he happened to write a post about New York. 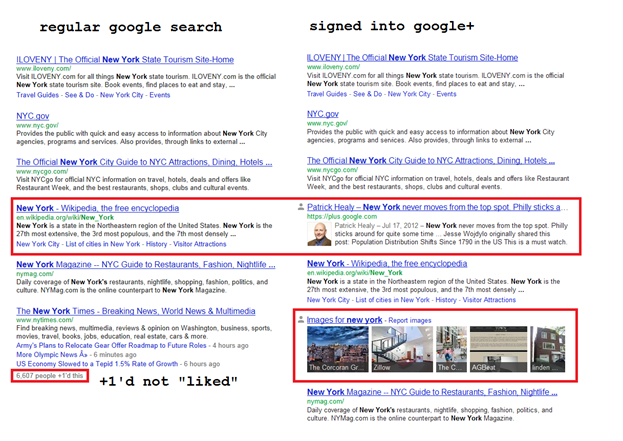 Notice also how images scored No. 6 on my results page and these images were from my connections to The Corcoran Group, Zillow, AGBeat and Linden Moe, who all must have posted a picture with the text “New York” on their profiles. If you spend the time (while Google Plus is still relatively young) developing and gaining circles, you’ll not only appear in their news feeds for their Google Plus profiles but their search results as well.

The two main reasons people don’t want to get on Google Plus are “I don’t have time to manage another social media profile” and “it’s a ghost town.” 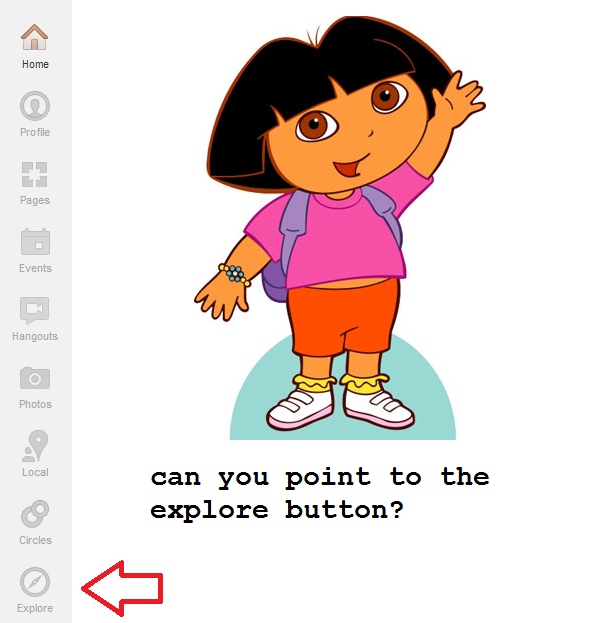 “Not enough time”: Here’s what I would advise. I would begin exploring Google Plus and what great features they have to offer. If anything, you could start out with the explore function to gather content for social sharing elsewhere.
Explore will give you a feed of the most popular posts on Google Plus and there’s some pretty interesting stuff to check out, much like what Google Reader used to be. This can take as much time as you are willing to spend, and it gives you an idea of what opportunities are out there on Google Plus.
Personally, if I am going to spend time investing in a social media platform, I would rather use that time to nurture and develop a presence that’s hosted on the world’s largest search engine. As seen above in my search example, there are clear results.
“It’s a ghost town”: This is just not true. You may have browsed your friend list on Facebook and tried finding a few of your friends there, but that’s not really looking. Try searching “Real Estate” in your Google Plus profile and see who’s talking about it on Google Plus. There are more people than you might think.

Chris Smith, a man with 2,207 friends on Facebook, got only two comments on a Google Plus post. Want to get know him? Try connecting with him on Google Plus without getting lost in the crowd on Facebook or Twitter. 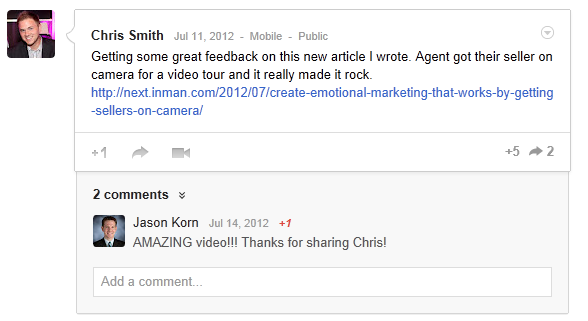 Figuring this out for yourself can get frustrating, so I’ll just give you the cheat sheet now. The following pages have spent time cultivating real estate agent, home seller, and homebuyer audiences. Since they each average about 1,000 followers, they have found an audience you could become a part of.